This time last week I was sipping on pilsner at the press launch party for Albert’s Schenke in Liverpool city centre [invited]. Brought to us by the team at Mission Mars (The Elephant Woolton Village, The Viking West Kirby, Rudy’s and Gorilla) Albert’s Schenke is an extension of Manchester’s Albert’s Schloss. Focusing on pilsners and biers from Bavaria and Bohemia, Albert’s Schenke offers over 20 different biers on draft as well as a Cook Haus of amazing food. Here’s what I got up to at the launch event. 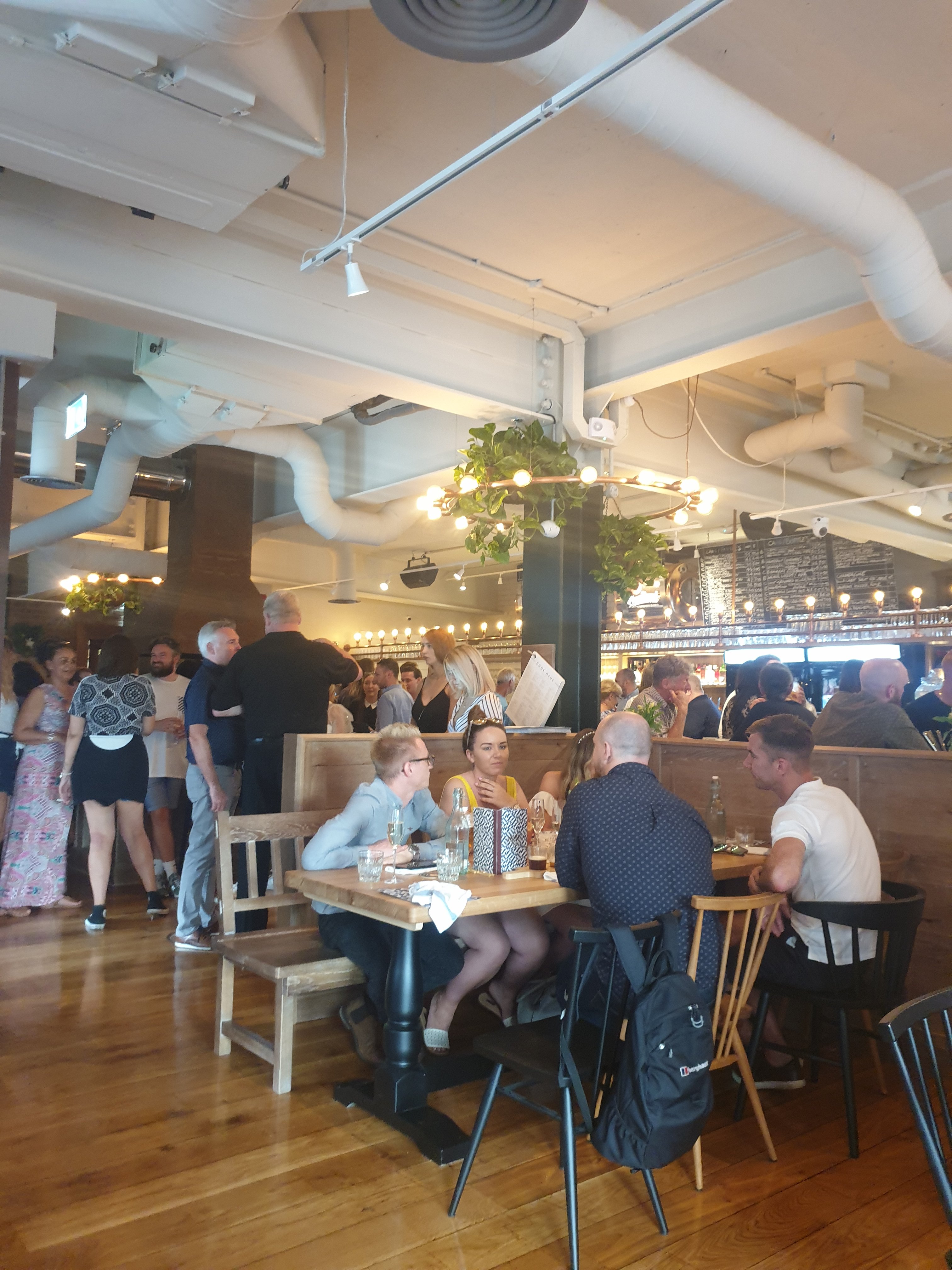 You’re probably asking yourself, what exactly does Schenke even mean? Well don’t worry, I’ve done the research for you! Schenke is high German for a pub or tavern, also meaning to pour. Schloss, on the other hand, is a palace, castle or country retreat. So you’ve got Albert’s Tavern and Albert’s Palace. The more you know ey! Fun facts done, let’s get on with the night shall we? 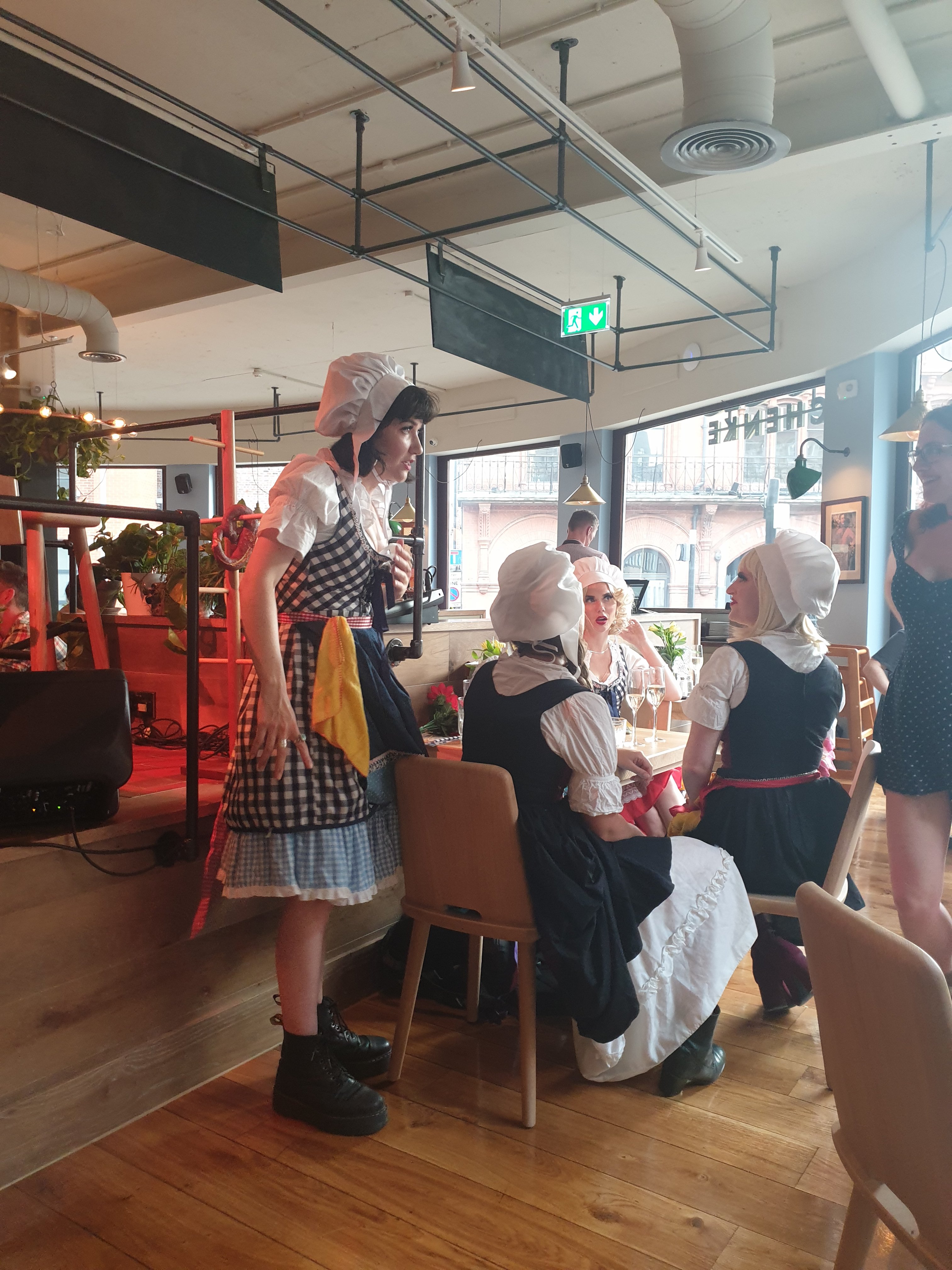 What really makes the Albert’s Schenke stand out for me is the fact that they offer live music Thursday-Sunday every week. As a huge music lover it’s always amazing to listen to live music when I can. It just adds that little bit extra to your evening doesn’t it? For the launch there was music from Lucie Meiselle with piano accompaniment from Liviu Gheorghe. The perfect vibe for a Thursday evening. 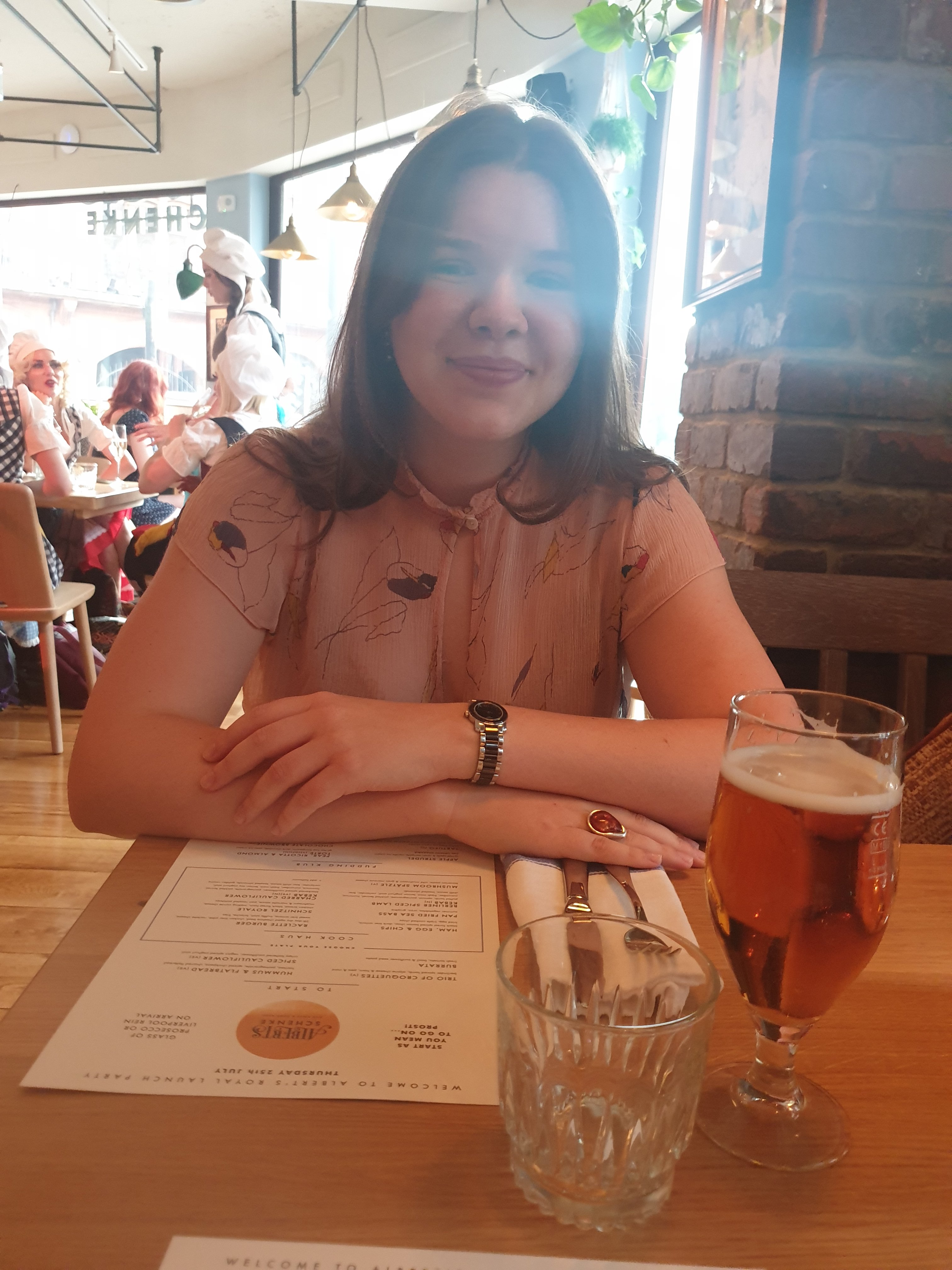 On arrival I was greeted with a glass of fizz and encouraged to have a browse of the venue. Of course the first thing I had to do was check out the insane draft bier selection! I have to admit that I wouldn’t normally go for a beer when I’m having a drink. But I do enjoy a good beer when I have one. Given that there were 20 different beers on draft I knew there’d be at least one beer that I’d love.

After finishing my prosecco and browsing around the venue, I still had about 20 minutes before my sit-down meal. Just enough time to sample a few beers! At first glance, I was initially drawn towards the Handyman Sour. As a lover of bitter and sour drinks I thought this one would be right up my street, and it definitely was! 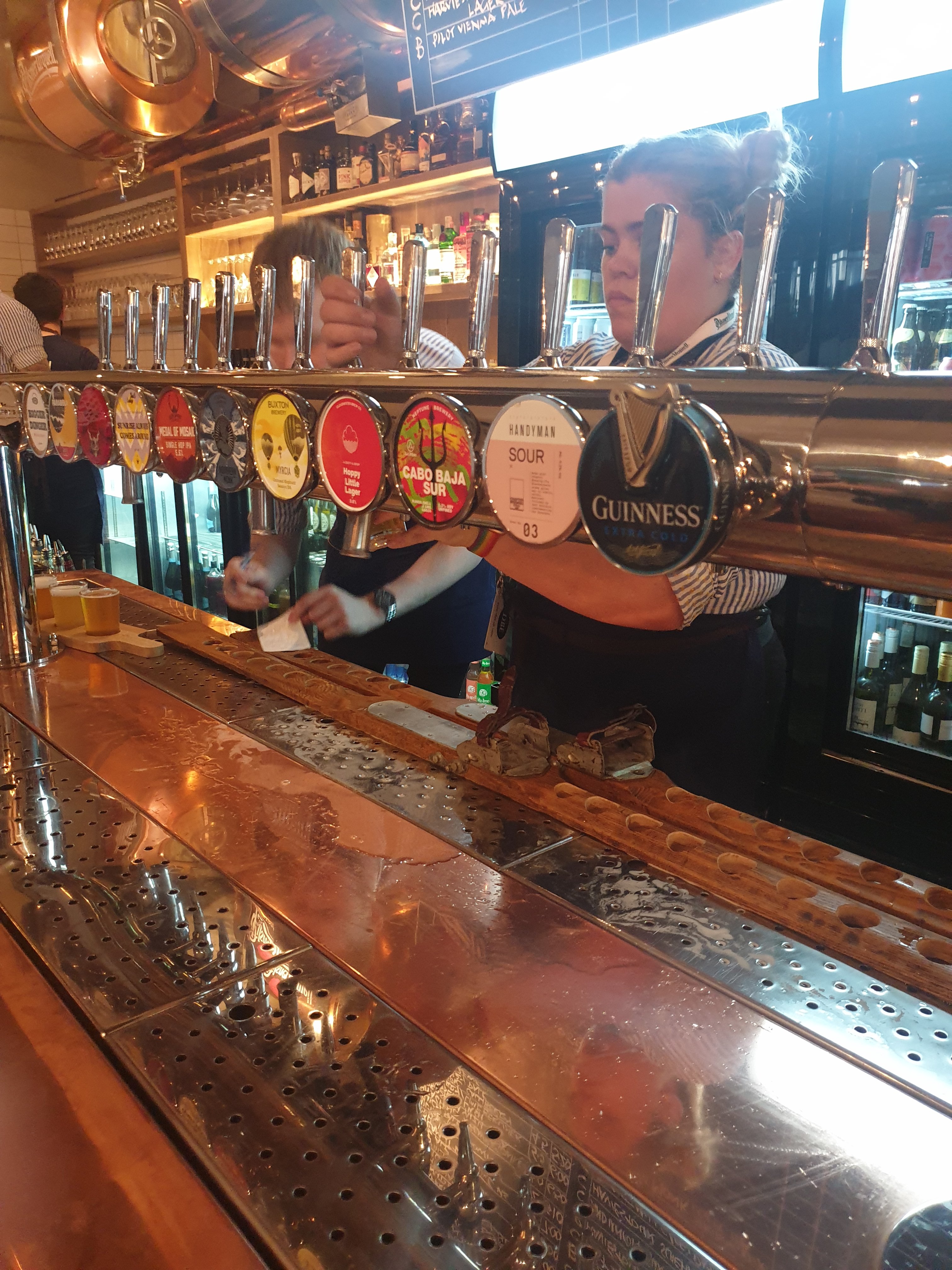 Next up was a sample of their Pilsner Urquell which was completely new for me. I’d never tried a pilsner before and I was shocked at how much I enjoyed Albert’s Schenke’s draft pilsner. It was a lovely, smooth drink that didn’t feel too heavy – which is something that I often find when drinking beer. 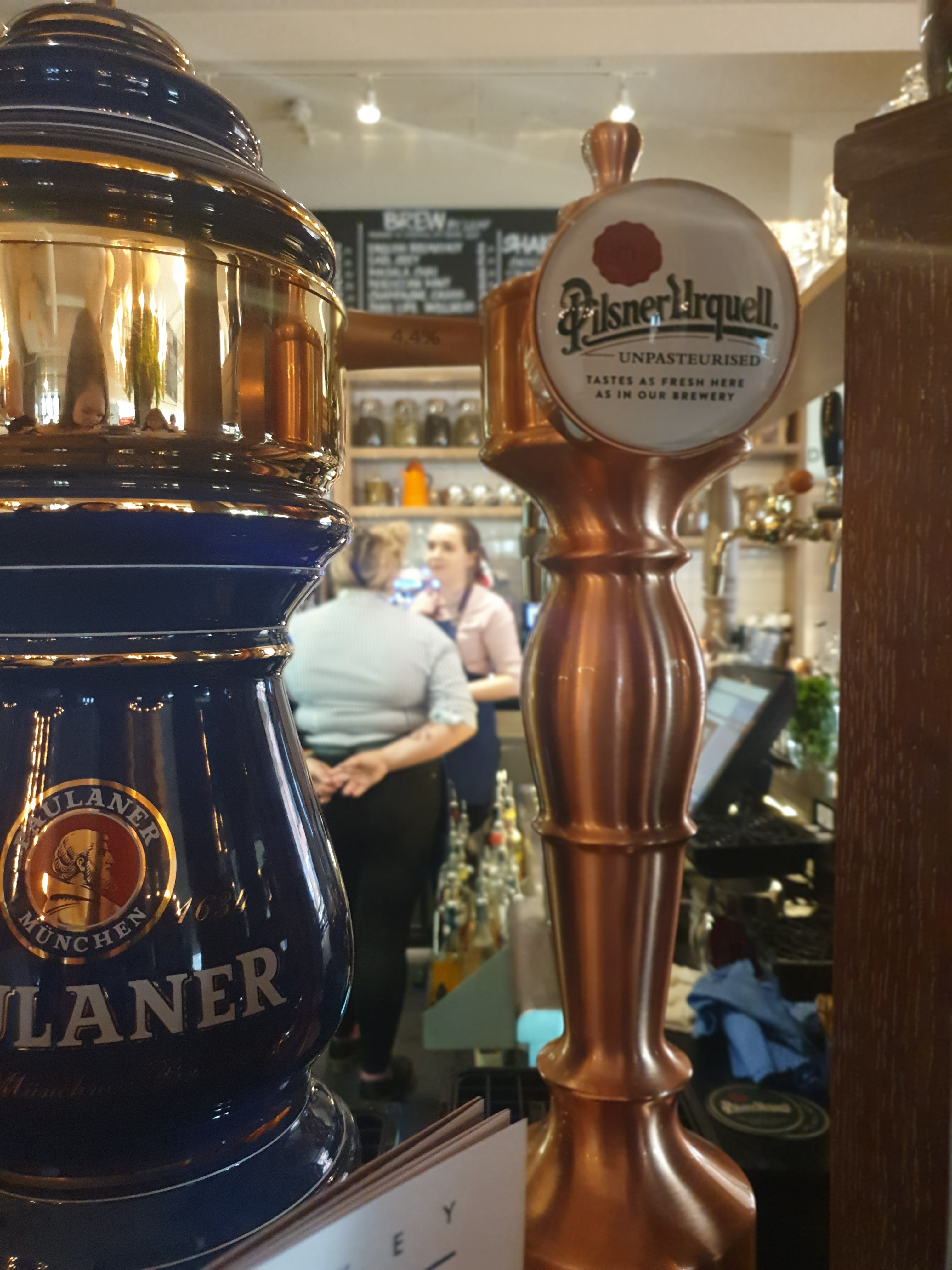 My final beer was one of their draft lagers. After having a small sample of two others I thought I’d try a full-sized beer and bring it with me when I sat down for dinner. Again, it was a lovely light beer – perfect for sipping with a meal! 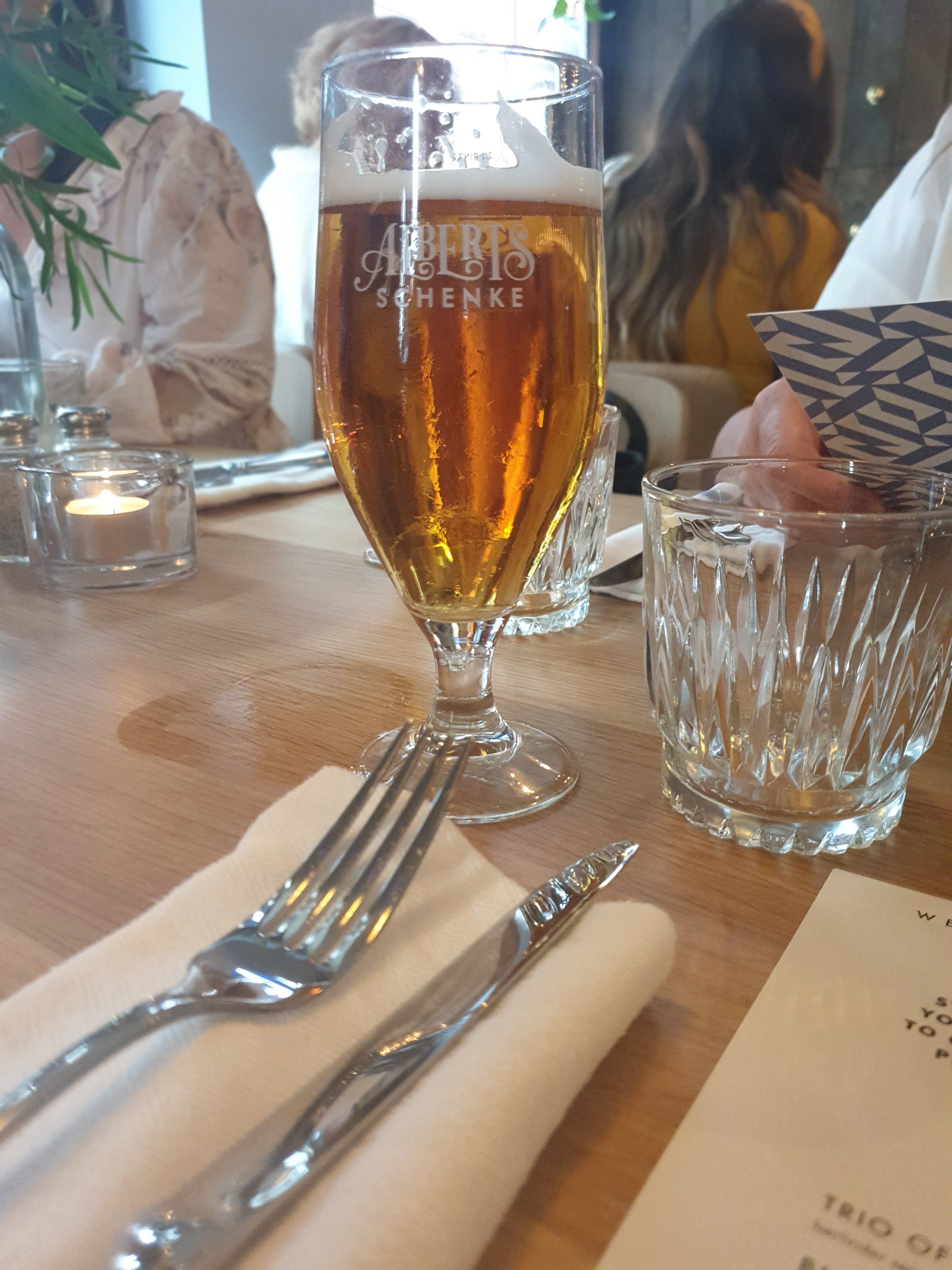 At one point two of the waiters came past us with a ski of shots. Yep, you read that right, a SKI with shots on it. Pretty insane right? I tried the salted caramel shot and it was beautiful – smooth and sweet. 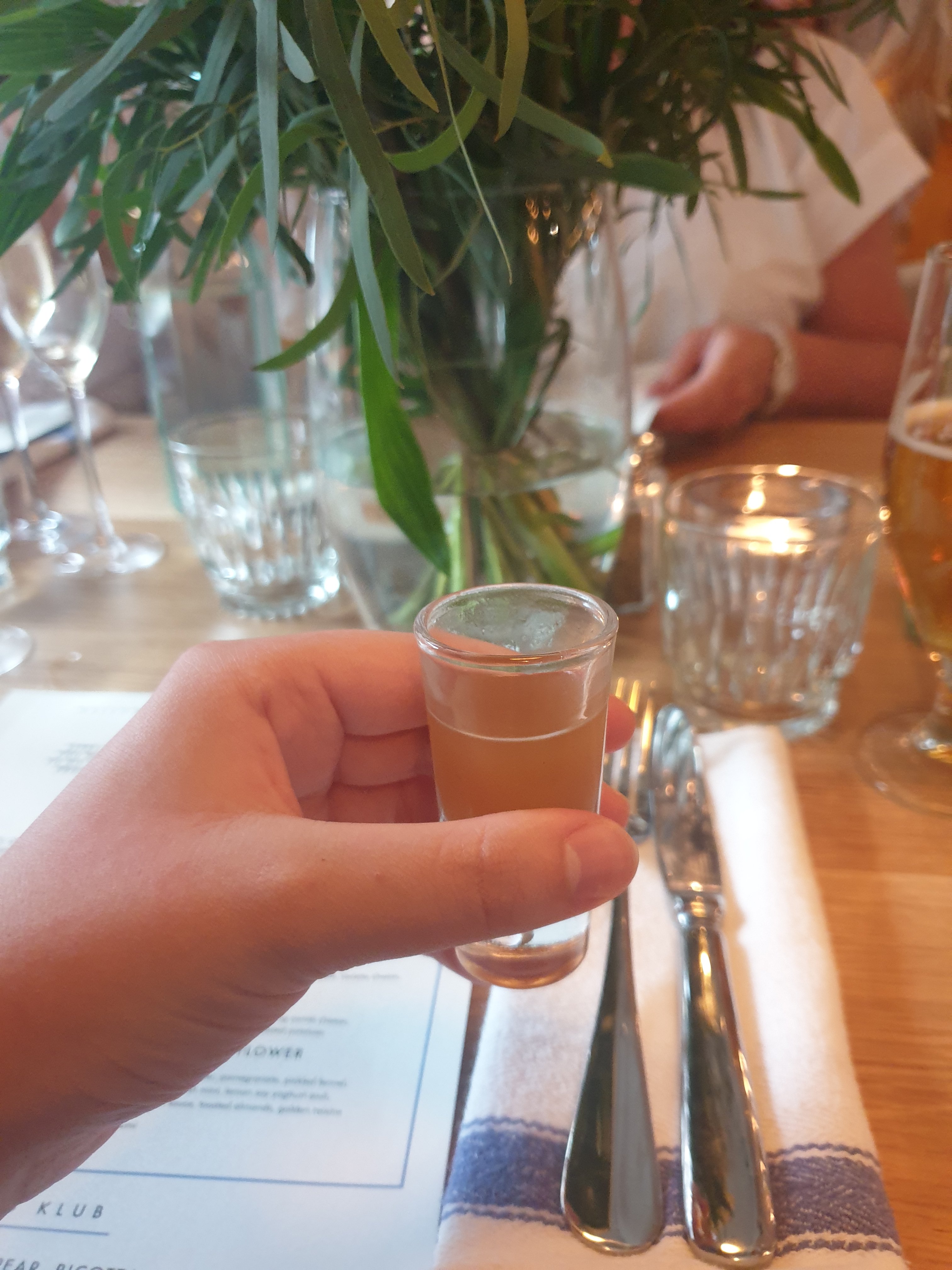 To start, I went for the Trio of Croquettes. A mix of berliner spiced lamb, alpine cheese & ham and pea & mint, these croquettes were the stuff of dreams. Whenever I visit Spain, the first thing I’ll order in a tapas bar is “croquettas” so I was incredibly excited to see Albert’s Schenke’s version on the menu. They were just as delicious as I’d hoped as well! Especially when they were paired with a Watermelon Aperol Spritz… 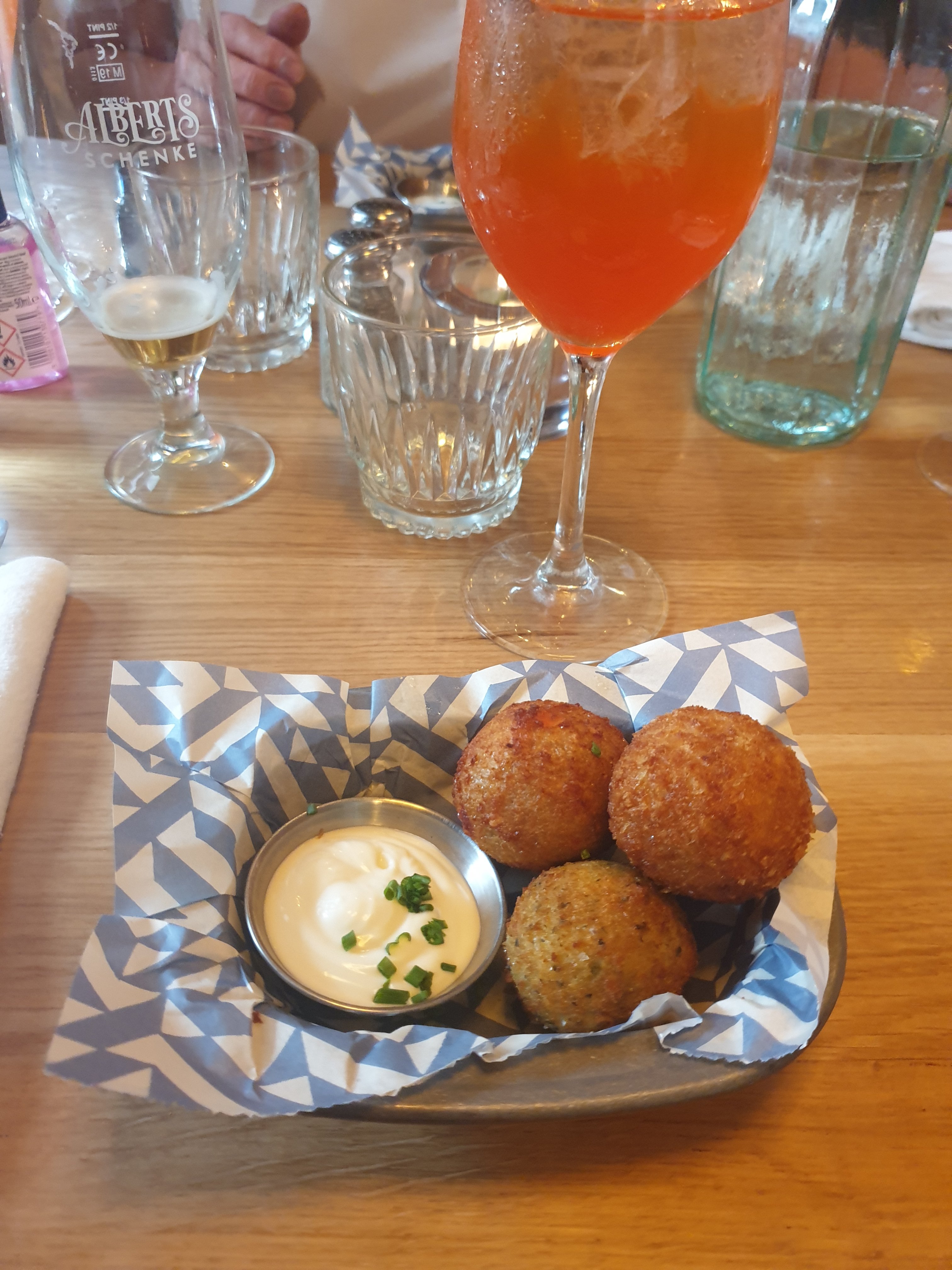 Next up was the Pan Fried Sea Bass with summer vegetables, orzo (rice-shaped pasta) and gruyere cheese. Having never tried orzo before I was so impressed with how well it worked with the sea bass. The fish was perfectly cooked with a lovely crispy skin. Such a fresh dish! 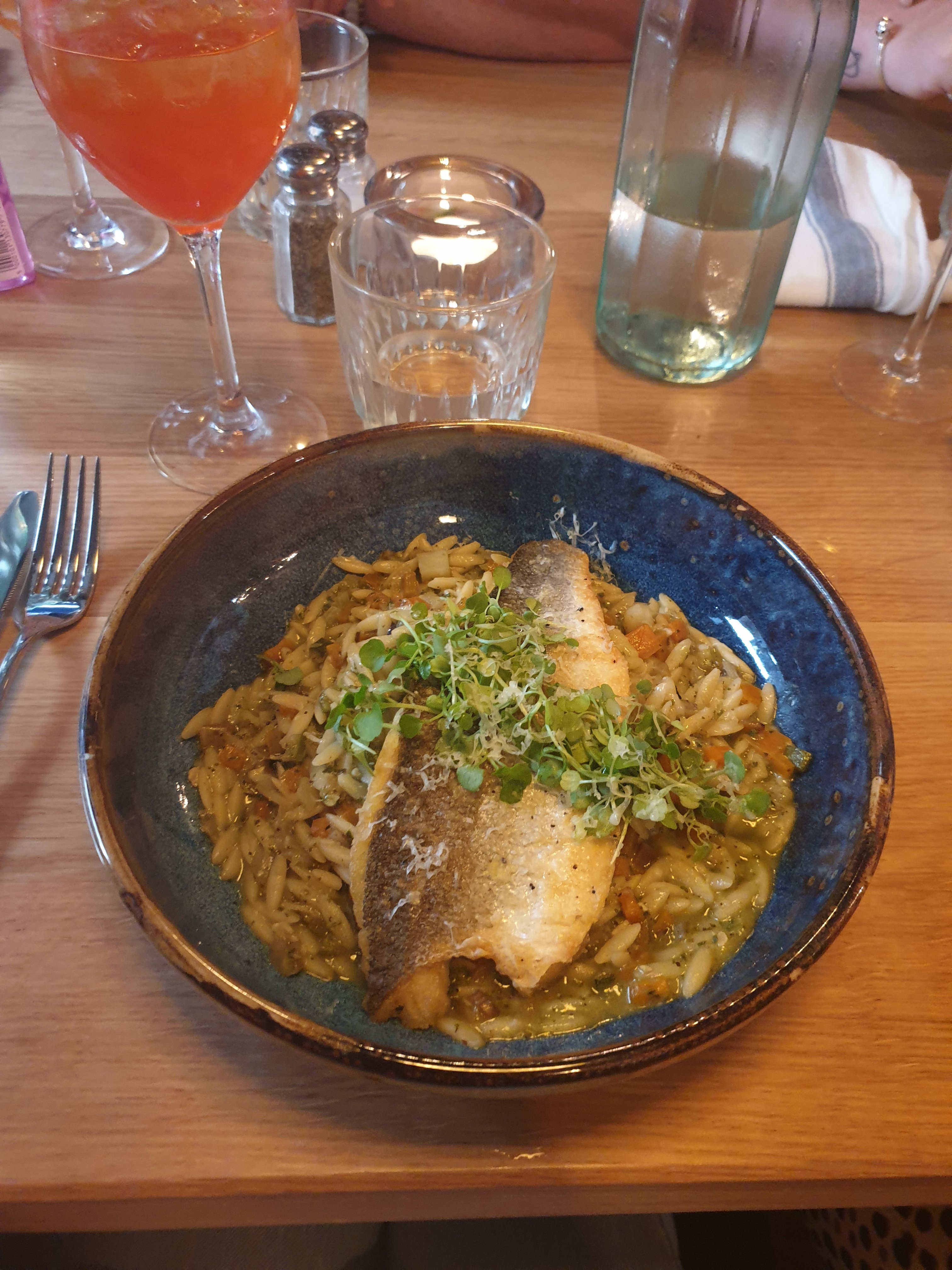 For dessert I ordered the apple strudel with spiced apple & raisin compote and vanilla ice cream which I split with my mum who ordered the tartufo (Italian filled hazelnut ice cream bombe). Both of them were absolutely gorgeous and a real treat to finish off the dining experience with. 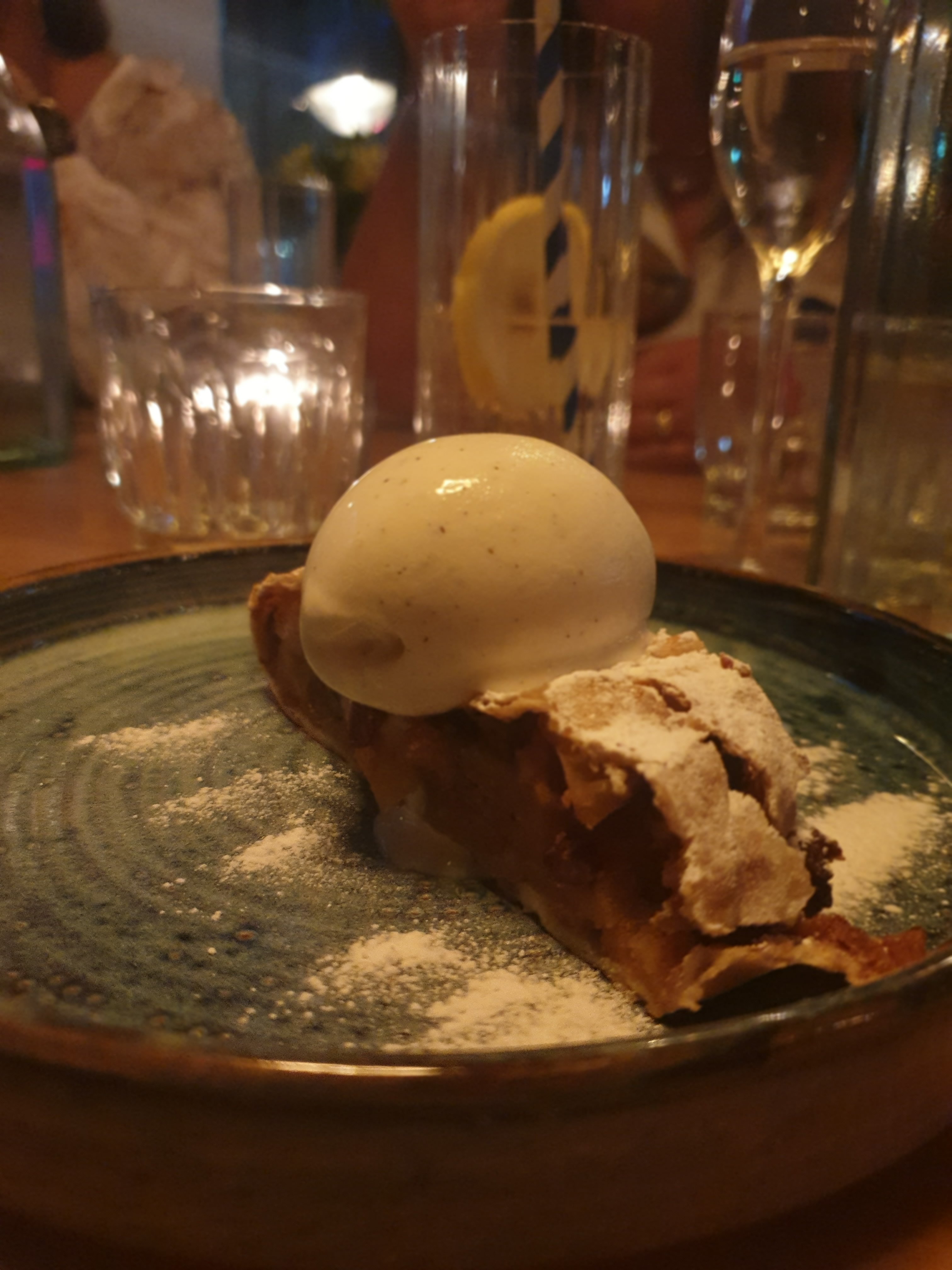 To finish the evening I thought it was only right to test out one of their classic cocktails. One of my all time favourites is a margarita. There’s something about them that just reminds me of being on holiday in Malaga. It was the perfect way to finish off an amazing evening! 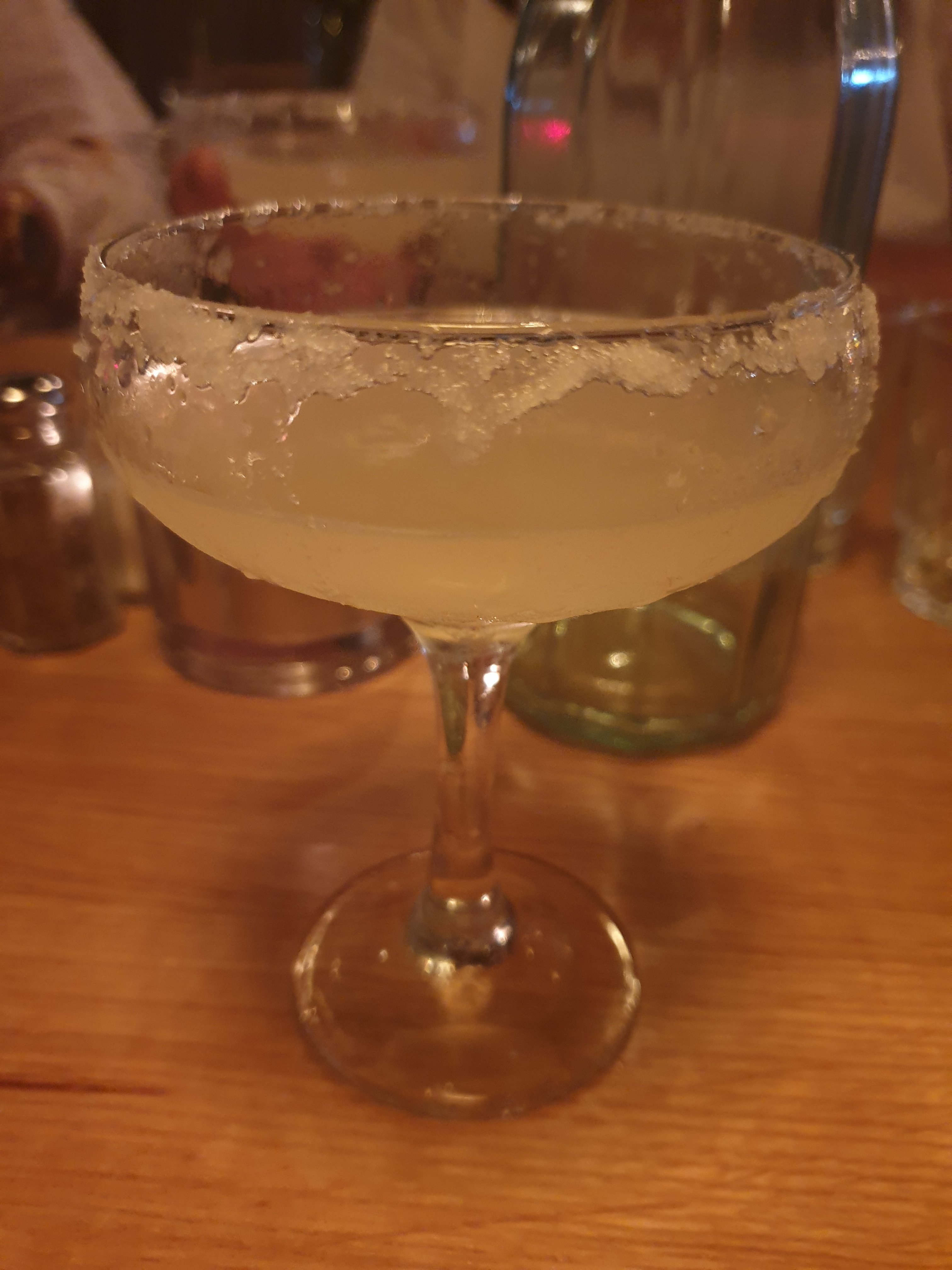 Have you visited Albert’s Schenke or Schloss yet? Do you have anything similar to them where you live? Let me know in the comments! Want to check out Albert’s Schenke menu for yourself? Make sure to book yourself a table here.