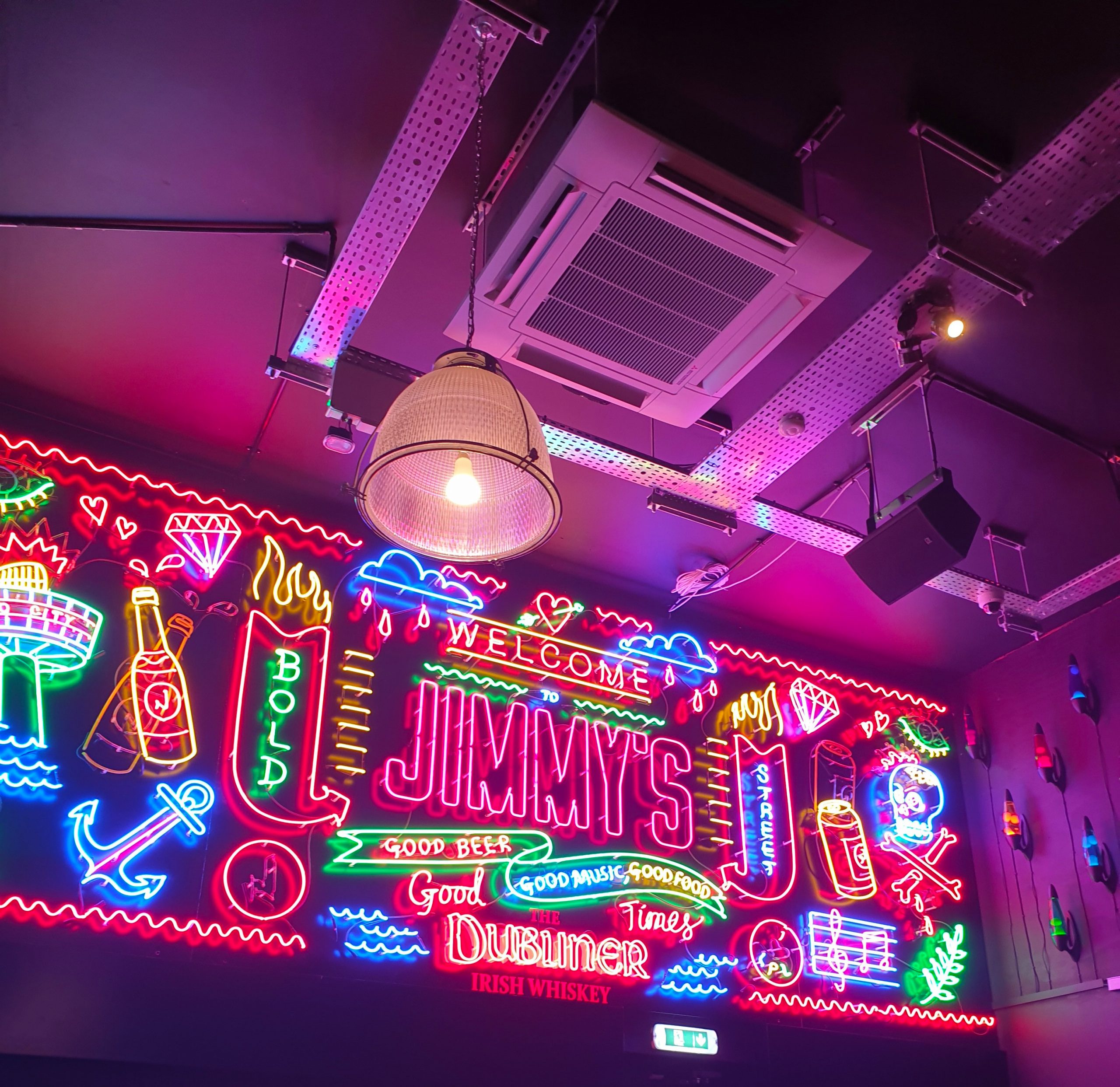 If there’s one thing that you’ll know from reading my blog it’s that I absolutely love my music. Whether it’s funk and soul, country, pop or something else, I’m always going on about my love of it on here. So when I was invited to the opening night for Liverpool’s latest live music venue, Jimmy’s, I was more than excited to pop in and check it out.I was invited to this event as a press/media guest.

Located right in the city centre, on the corner of Bold Street and Berry Street, Jimmy’s is a live music venue, bar and restaurant that prides itself on its promise of “good beer, good music, good food AND good times”. A pretty bold statement (get it?) if you ask me but I’m most definitely into it.

Music is a huge part of Liverpool culture as a whole. Pretty much every scouser you meet will have a love of great music. So a new music event popping up in town is a pretty big deal. And having heard about the Manchester venue of Jimmy’s a while ago, I was pretty excited to attend Liverpool’s launch event.

As soon as you walk into the venue your eyes are instantly drawn to the left of the bar area where there’s a huge neon light display on the wall. Once you’ve taken a second to adjust to the incredible display you’ll notice loads of amazing iconic Liverpool scenes on there in lights. We’re talking the Radio City tower, the Mersey, the Bold Street sign and more. It’s a sort of shrine to Liverpool and I was loving it.

In the middle of the room is the main bar with a lava lamp wall behind it. Yeah that’s right, a lava lamp WALL. On the bar itself there’s an array of Jimmy’s own beer and cider on draught. Not a beer or cider drinker? No problem! They’ve also got plenty of spirits to choose from, as well as a menu of cocktails on the wall. I ended up trying a cider before moving onto a G&T.

The colourful light theme continued round to the right of the bar as well where there was a neon sign reading PLEASE BE NAKED above the entryway to the toilets. Who doesn’t love a good neon sign, ey?

A favourite feature of mine, however, had to be the central disco ball. The entire venue has floor to ceiling windows on the outside of it which meant that the light from the disco ball was reflected onto the street outside. I just thought that was such a cool design feature!

In the basement of the venue is a full stage set up for live music performance. The official public opening evening (which was the day after the press night) saw a performance from The Coral.  Although the launch party didn’t have a performance in the downstairs area, there was still live music…in the form of Red Rum Club’s trumpeter (AKA Joe The Blow). It definitely caught me off guard when suddenly I spotted him stood on the bar with a trumpet in hand ready to get the party started. It was such a mad and memorable moment from the evening!

At the back of the downstairs area was another bar with a mix of Jimmy’s cider and beer and a Bootleg IPA.  At £4.50 a pint, I thought their own brand of beer and cider was incredibly reasonably priced. Especially given the central location of the venue and the fact that there’s so much live music inside!

I had such a great time at the launch event that I actually ended up visiting later on in the week with my mum. It gave me a chance to try the honeycomb IPA which I eyed up during the launch party but never got to try. I have to admit it was worth the wait though. I absolutely loved it, as did my mum!

Have you had a chance to visit Jimmy’s Liverpool yet? Maybe you’ve visited the Manchester venue before. Do you have anything similar to Jimmy’s where you live? Let me know in the comments.