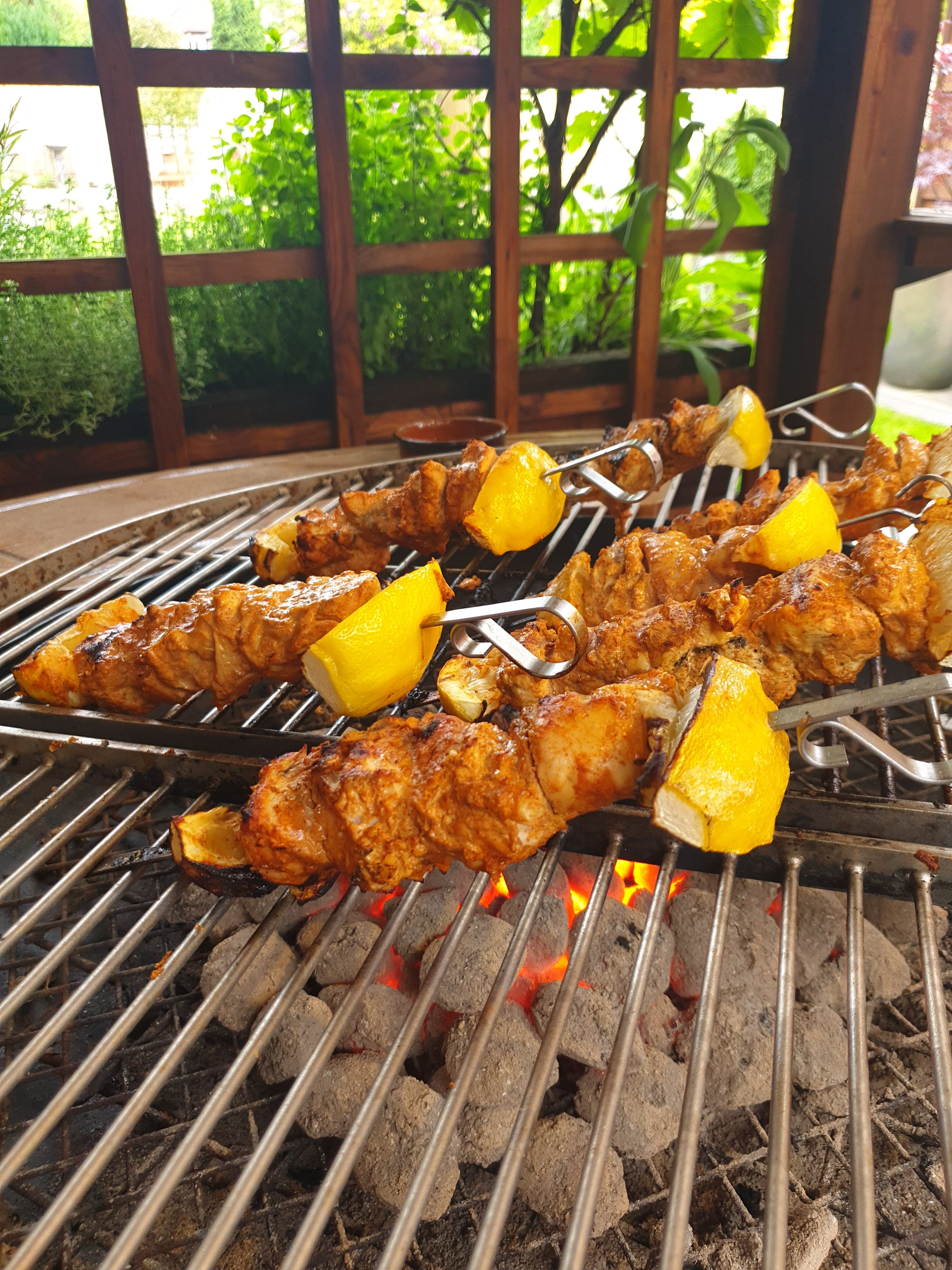 What a weekend to be from Liverpool, ey? After finishing up the last week of my degree I finally returned to my home turf right in time for the Champions League final. And what a final it was! Having lived away from home for the last 3 years, returning back to Liverpool is always something to get excited about. The fact that Liverpool were in the Champions League final was just even more of a reason to return. The win made the whole thing that bit more special. So I thought it’d only be right to write a post all about it and celebrate an amazing weekend (…#sixtimes). Here’s how I celebrated in true scouse style.

If there’s one way to get yourself ready for a football final it’s definitely with great food and drink. The weather was a bit hit and miss in the North West on the Saturday. Luckily it managed to come through enough for a bit of a BBQ. This was no typical BBQ though! Something that my dad always does when he knows me and brother are coming home is plan out a menu for us. For the big day he tested out a homemade chicken tikka recipe on the barbecue. I was on bread and brownie making duties while he manned the chicken skewers on the BBQ.

A few aperol spritz’s and a curry later and it was time for the main event. I stayed in with the family to watch it but I imagine, given the amazing result, the city centre was absolutely booming!

After the big win the night before, Sunday was the day of the homecoming. With the bus tour parade starting at 4pm and only beginning about a 15 minute walk from my house we were ready for a great day. On our way to the official starting point of the parade we actually spotted the coach that the players were on before they got on the official LFC bus. We could see the trophy right at the front of the coach! As expected the coach was completely blacked out at the windows so you couldn’t see in. Knowing that the players were inside was enough to get us hyped up for the main event!

I wish I had slightly better quality images but I was too caught up in the atmosphere to focus on them! The few that I have are screenshots from my videos so I have to admit they’re a bit fuzzy. But hopefully you can still get a feel for the day from them!

Being surrounded by fellow supporters made for such an amazing experience. All of us were cheering on the team together, it was an incredibly atmosphere. The fact that we were right at the beginning of the parade made it extra special as we were some of the first fans that the team saw. Having only been 7 back in 2005 when we last won, I know that this day will be significantly more memorable than the last! It was definitely a day that I’ll remember forever.

What did you get up this weekend? Did you manage to squeeze in any barbecuing of your own? Let me know in the comments!