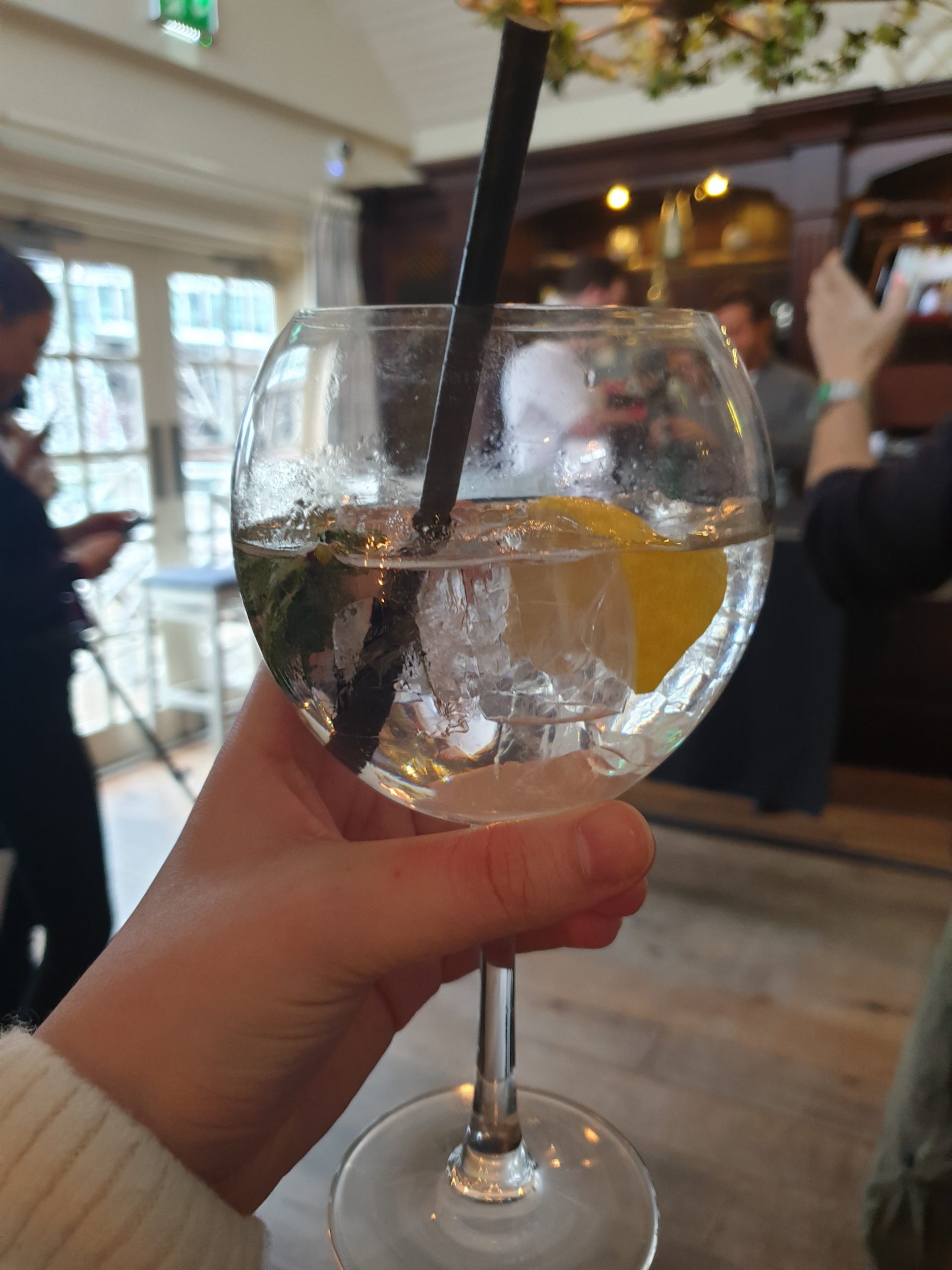 Low alcohol and alcohol free alternatives to our boozy favourites have become more and more popular in recent years. In the age of the ‘health conscious’ and overall more ‘health aware’, so many of us are looking for healthier options and alternatives to some of our food and drink favourites. Intrigued to learn a little bit about what’s out there when it comes to booze free beverages, I tested out The Clean Liquor Company’s CleanGin.

I was invited to try CleanGin at their event at The Clubhouse in Liverpool One as a press/media guest. All opinion are of course my own.

CleanGin (ABV 1.2%) is an ultra-low alcohol alternative to gin. It includes botanicals such as juniper, orris root, cardamom, angelica root and more. With an ABV that’s 30 times less than a standard gin, CleanGin is a lighter alternative that you can drink all night long.

If you know you’re going out for a while and could end up drinking 5 or 6 gins then CleanGin is the perfect drink to mix in amongst your typical G&Ts. That way you can still feel like you’re drinking your regular drinks but with a fraction of the alcohol (and the calories…a CleanGin and slimline tonic is only 5 calories!).

When mixed with a classic tonic, CleanGin has the same sort of flavour profile as a standard G&T. I’d probably describe it as a watered down gin. I was definitely sceptical about whether or not it would taste like gin as usually I find that a lot of low-alcohol alternatives often taste a bit like juice (especially mocktails!). But I was surprised at how CleanGin had managed to get the same flavours as a usual gin in a much lighter version.

I also tried CleanGin without a tonic but I found that it actually tasted a lot stronger and also a lot more like a gin when it was with tonic! The tonic brought out more of the botanicals so I’d recommend mixing it just as you would with a normal gin.

After learning all about CleanGin we headed down to the main bar area for a cocktail masterclass led by Spencer and one of The Clubhouse’s bar staff.

I ended up trying out the Clean Club Cocktail which combines CleanGin, lemon juice, honey syrup, orange blossom water and raspberries. But there’s a whole range of other CleanGin cocktails to try for yourself on their website. The Founder’s Favourite is definitely another one that’s caught my eye!

What I loved about CleanGin was that when Spencer was talking about the drink, it never felt as though he was trying to offer it as a replacement to gin. Instead he described it as an alternative and something that could be integrated into your usual order at the bar.

I’m not going to be trading my favourite prosecco, wine and gin for a no/low alcohol replacement all the time. However, would I alternate between alcoholic and alcohol free versions? 100%. I can definitely see myself opting for the occasional CleanGin, in the same way that I will sometimes have a low alcohol prosecco or a mocktail. Sometimes you don’t want a strong drink and it’s great to see a new alternative on the market. Especially as the demand for no and low alcohol drinks is increasing!

Looking for more drink recommendations (both alcoholic and non-alcoholic)? Then sign-up to the Female Original newsletter below!

What’re your thoughts on CleanGin? Is it something that you’d be interested in trying? Have you tried out any no or low alcohol drinks before?

Read next: Making My Own Gin at The Liverpool Gin Distillery.