It’s officially time for my third 7 Hours in… post! For any newbies to my blog, 7 Hours in… is an ongoing blog series focused on day-trips that I’ve taken. So far we’ve had Birmingham and Manchester. (make sure to give them a lil read after this one!). This time, however, we’re taking it overseas: 7 Hours in Jerez.

In case you haven’t heard of it before; Jerez, or Jerez de la Frontera, is a city within Cádiz, Spain. And, if I’m completely honest, I probably didn’t spend a full 7 hours there. It was more like 5 hours. But, for the sake of the series, I figured you’d let me off! 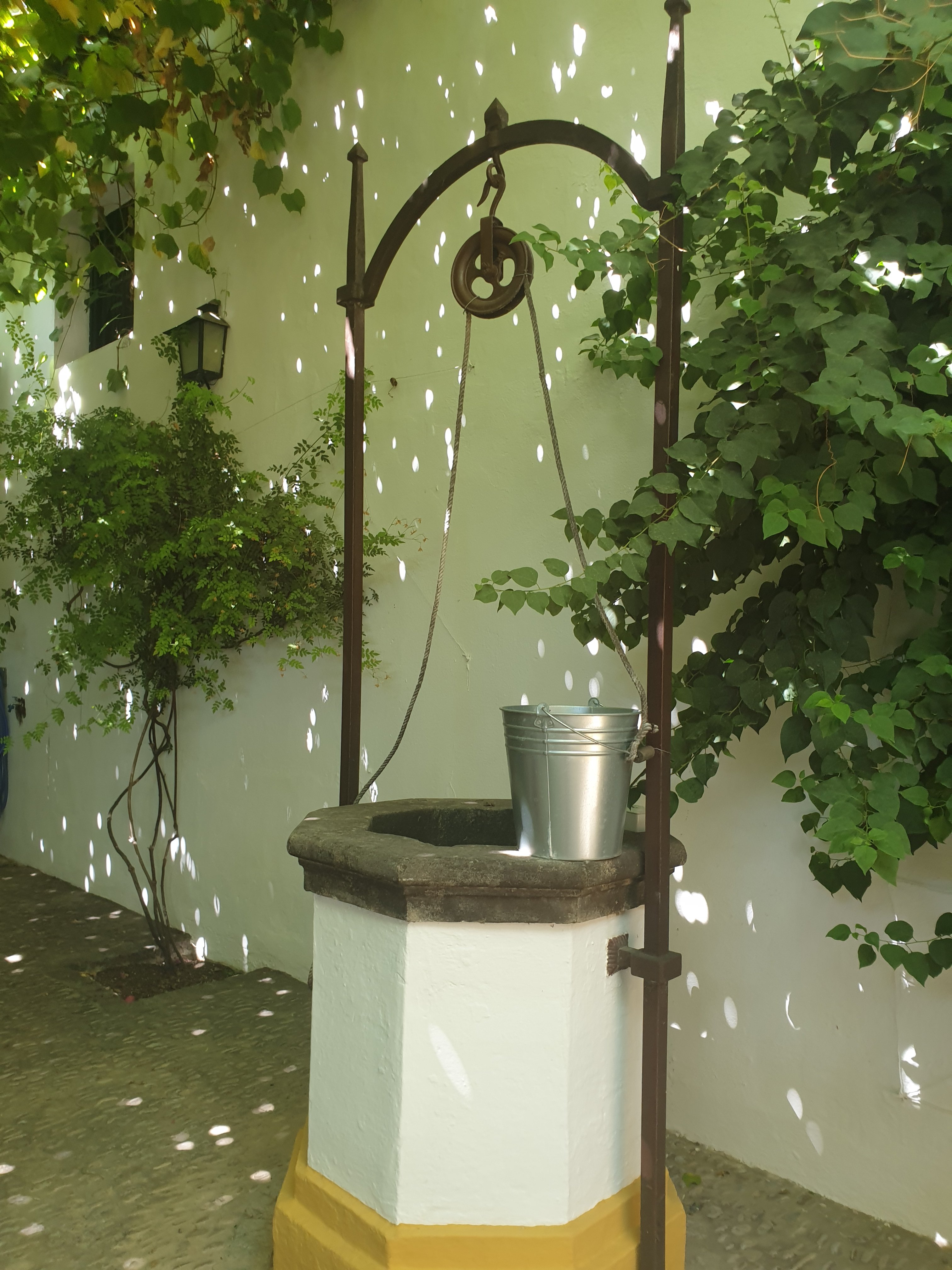 The main reason for taking the trip from central Cadiz out to Jerez for the day was to visit Bodegas Tradicíon. Having watched the Cádiz episode of Rick Stein’s Long Weekends and discovering Bodegas Tradicíon, we knew we had to take a trip there. 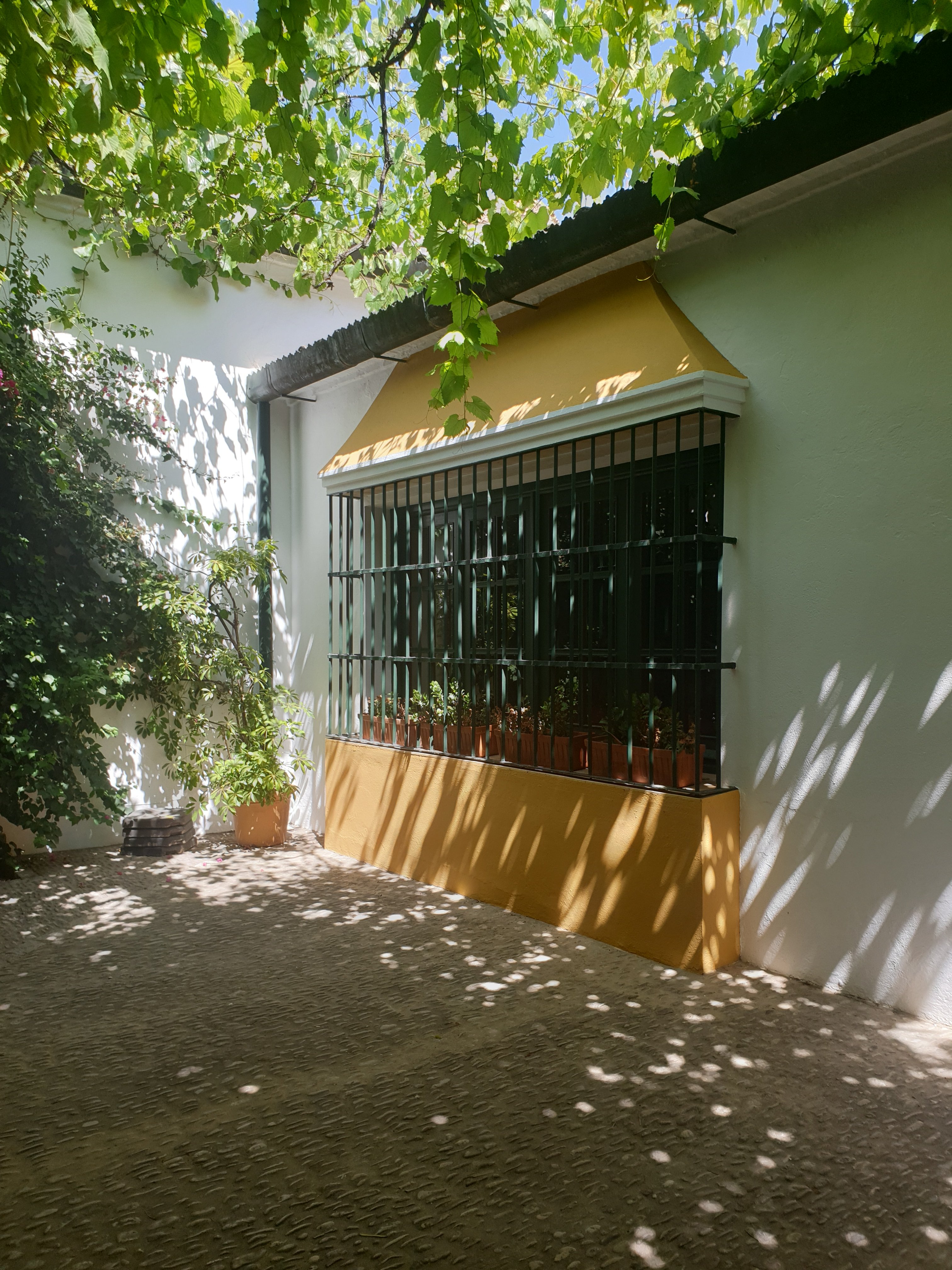 Based within the sherry triangle, Bodegas Tradicíon is the local winery of Jerez. Founded in 1998, it is the successor to the oldest winery of Jerez; Bodega CZ, J.M. Rivero (dating back to 1650). The bodega exclusively focuses on aged wines using traditional techniques. All wine that is bottled at the bodega is filtered with the aim of reaching the highest level of purity, with no additives or filtered chilling, making them amongst the highest standards of wine-makers in Andalucia,. 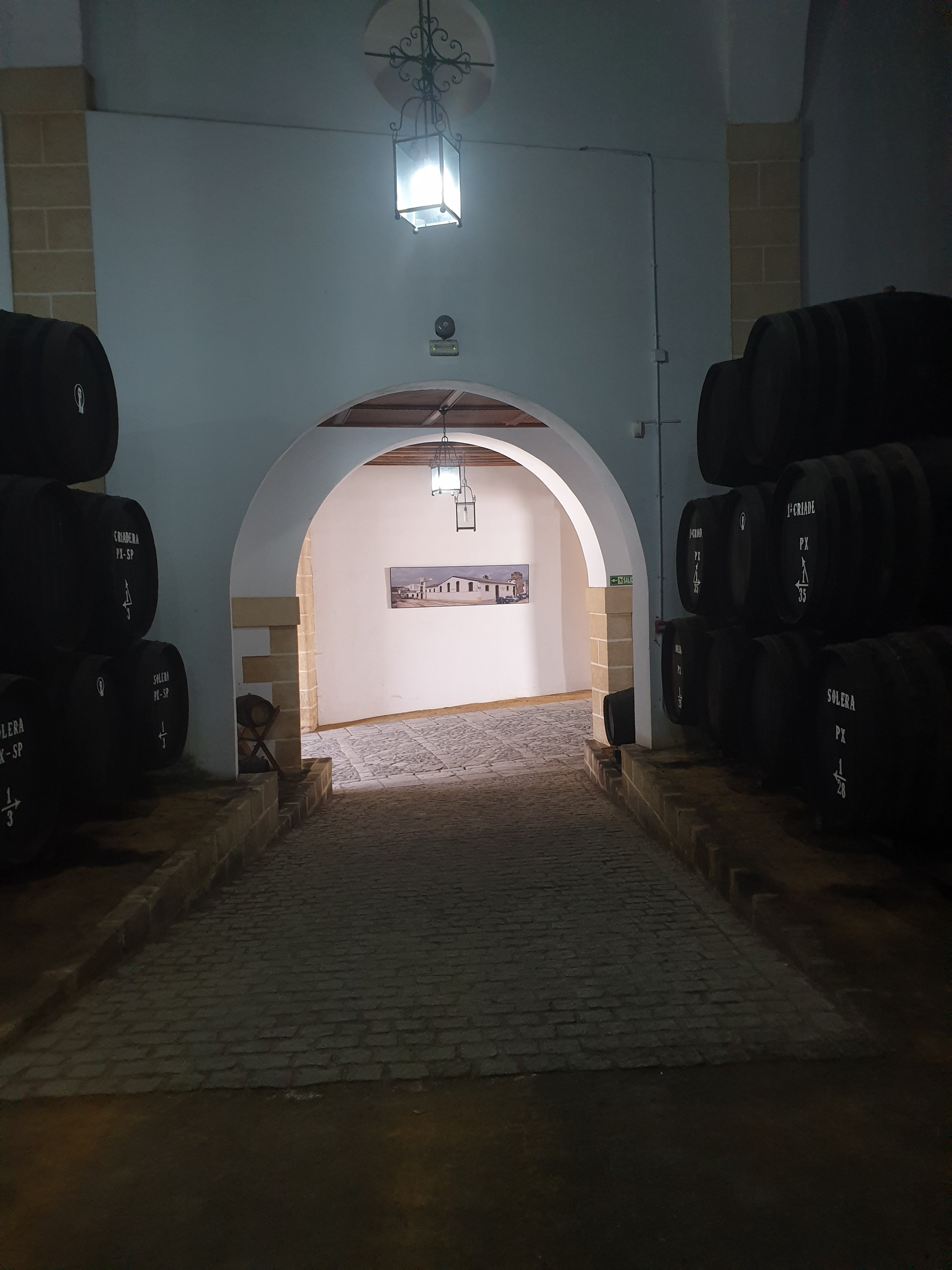 The bodega offers regular tours around the premises which include sherry tasting and access to their art collection. So, we booked ourselves in (for £30 each) and headed over to see it for ourselves. The tour began with our guide (Ulrike) taking us around the premises and explaining the process of making sherry to us. The whole place was covered in towers of American oak barrels of sherry. Definitely a sight to see! 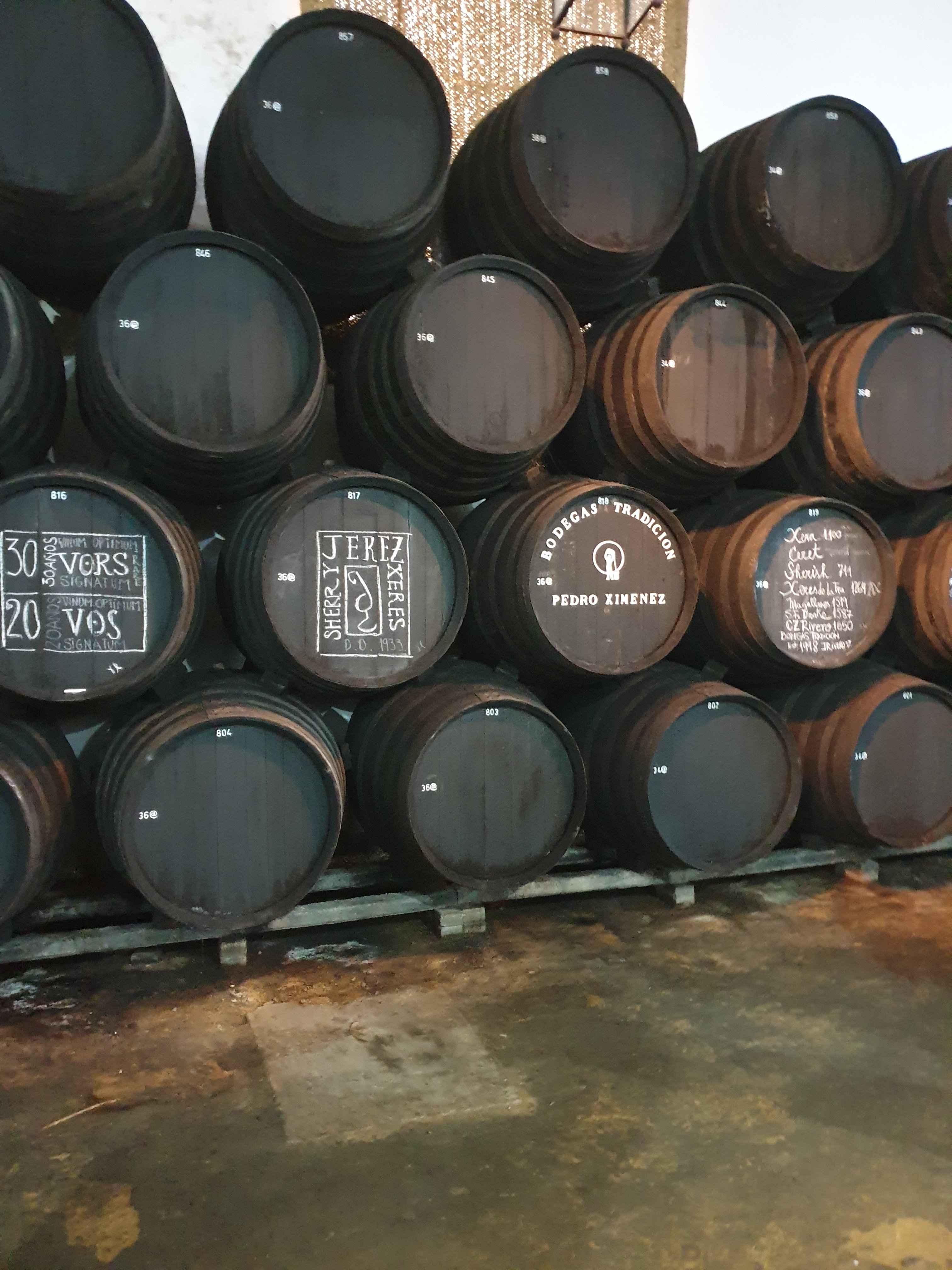 Once the tour was over, we headed back to the front of the venue to try five different sherries. Beginning with the fino (also known as manzanilla) and finishing with a cream sherry. Each sherry was paired with an item of food to complement the flavour. My favourite of the five was the oloroso, which was served with manchego cheese. 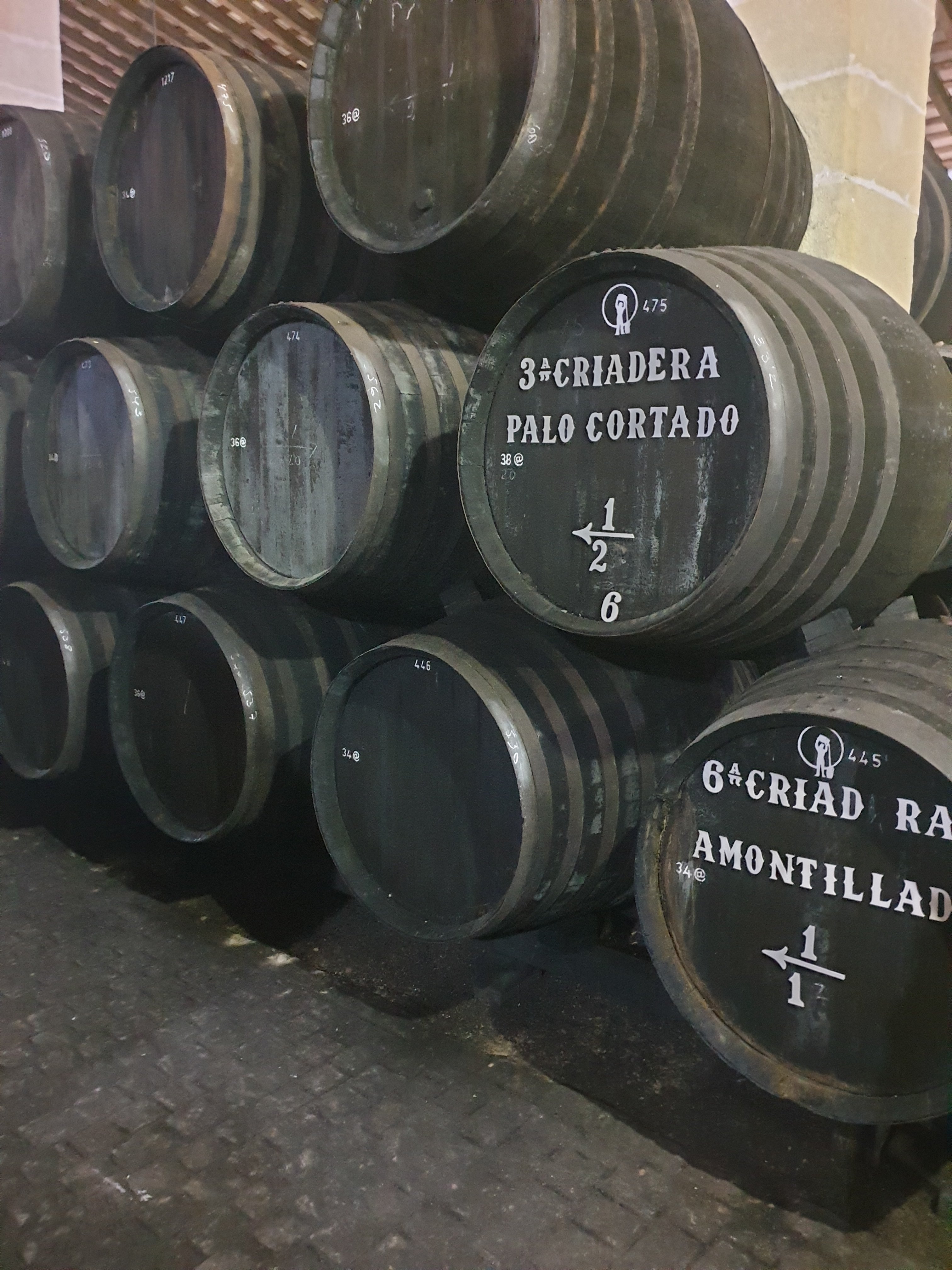 Something that I found incredibly interesting was the ageing process behind sherry. You know how when you get a bottle of wine and it has a specific date on the front indicating when the grapes were harvested? Well, when it comes to sherry, the date on the front of the bottle is only an average. In the sherry making process, as one barrel empties, it’s topped up with another, later batch. So, you could end up drinking 10 year old sherry, which actually has a tiny amount of 100 year old sherry within it. Pretty interesting, huh? 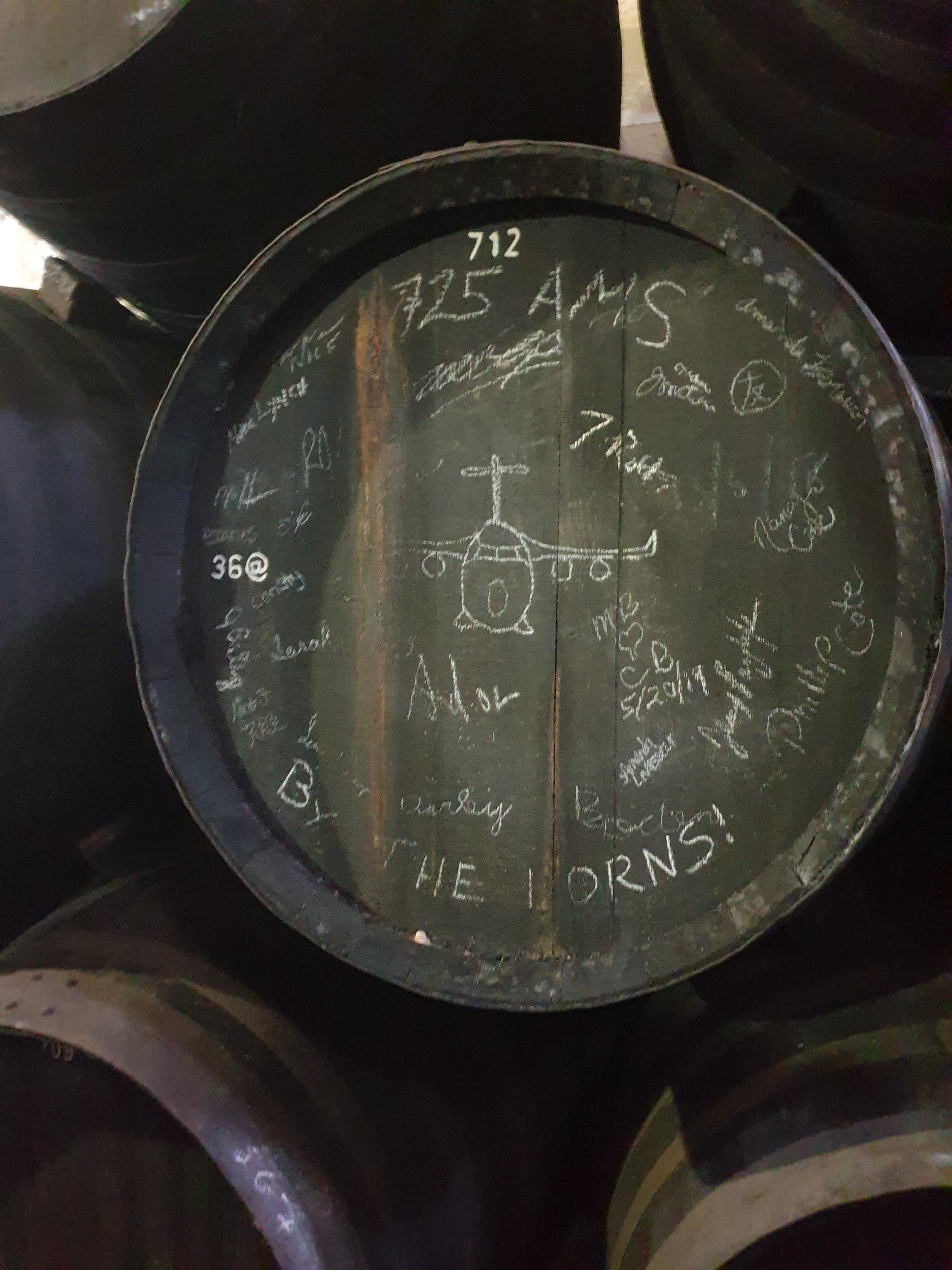 Possibly the main drawing point for me was the fact that the bodega had its own private art collection! I know right?! As a recent Fine Art graduate I was pretty excited to get a chance to see the collection. I’d had a quick browse online and found out that a piece of art that I studied about 5 years ago when I was in school was part of the collection. So, going into the gallery, it was top of my list to see. 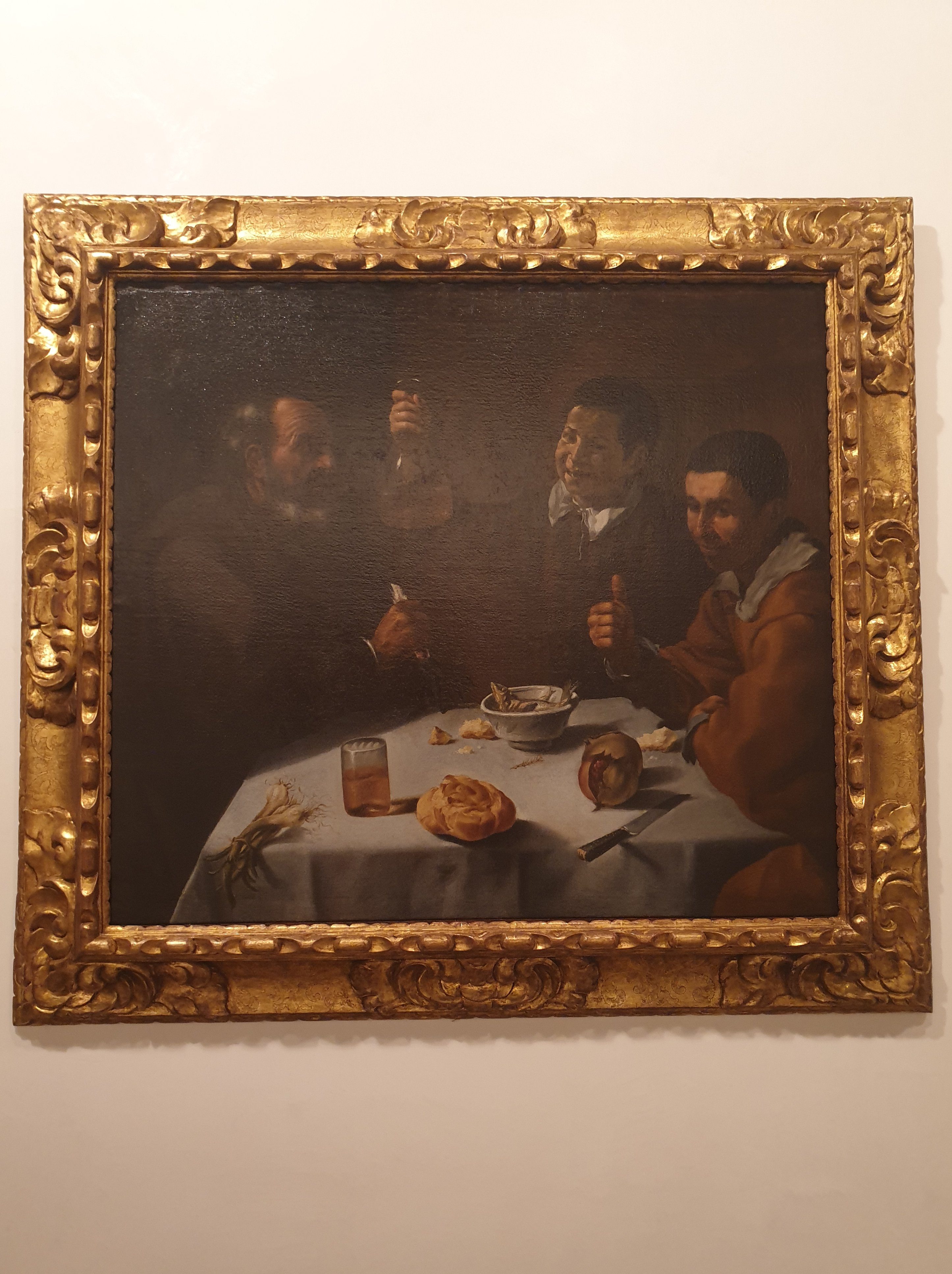 The collection was a mix of about 60 different artworks mostly by Spanish artists. We’re talking Velázquez, El Greco and Goya. Pretty bloody amazing if you ask me. But, as our tour guide told us, the full collection is actually about 300 pieces in total. 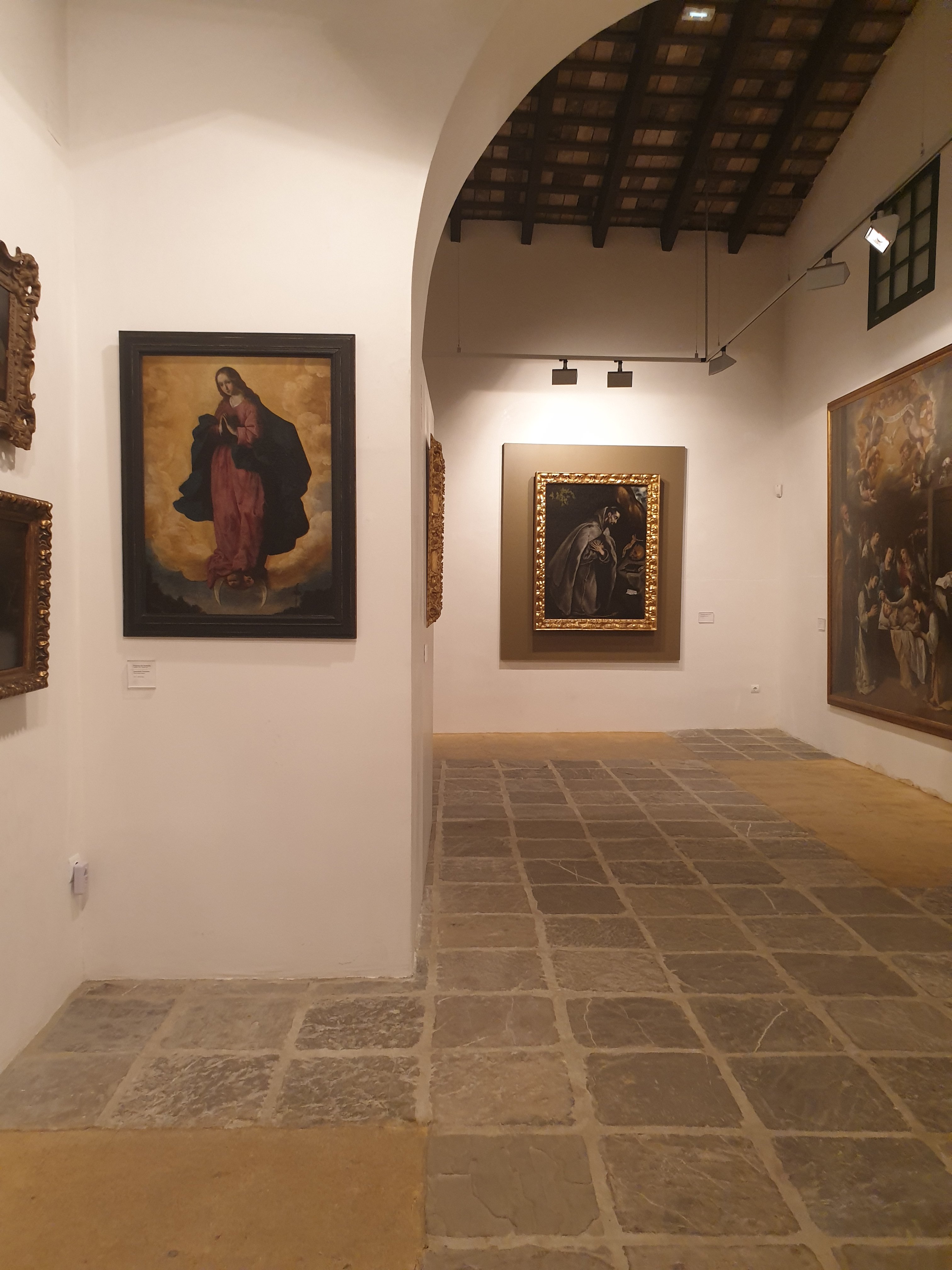 Given that the gallery was only small, obviously there wasn’t enough space for the full collection to be out at all times! Instead, they have most of the pieces on a rotation. The most famous works, however, are on display at all times. In fact, a lot of visitors come solely to see the artwork! 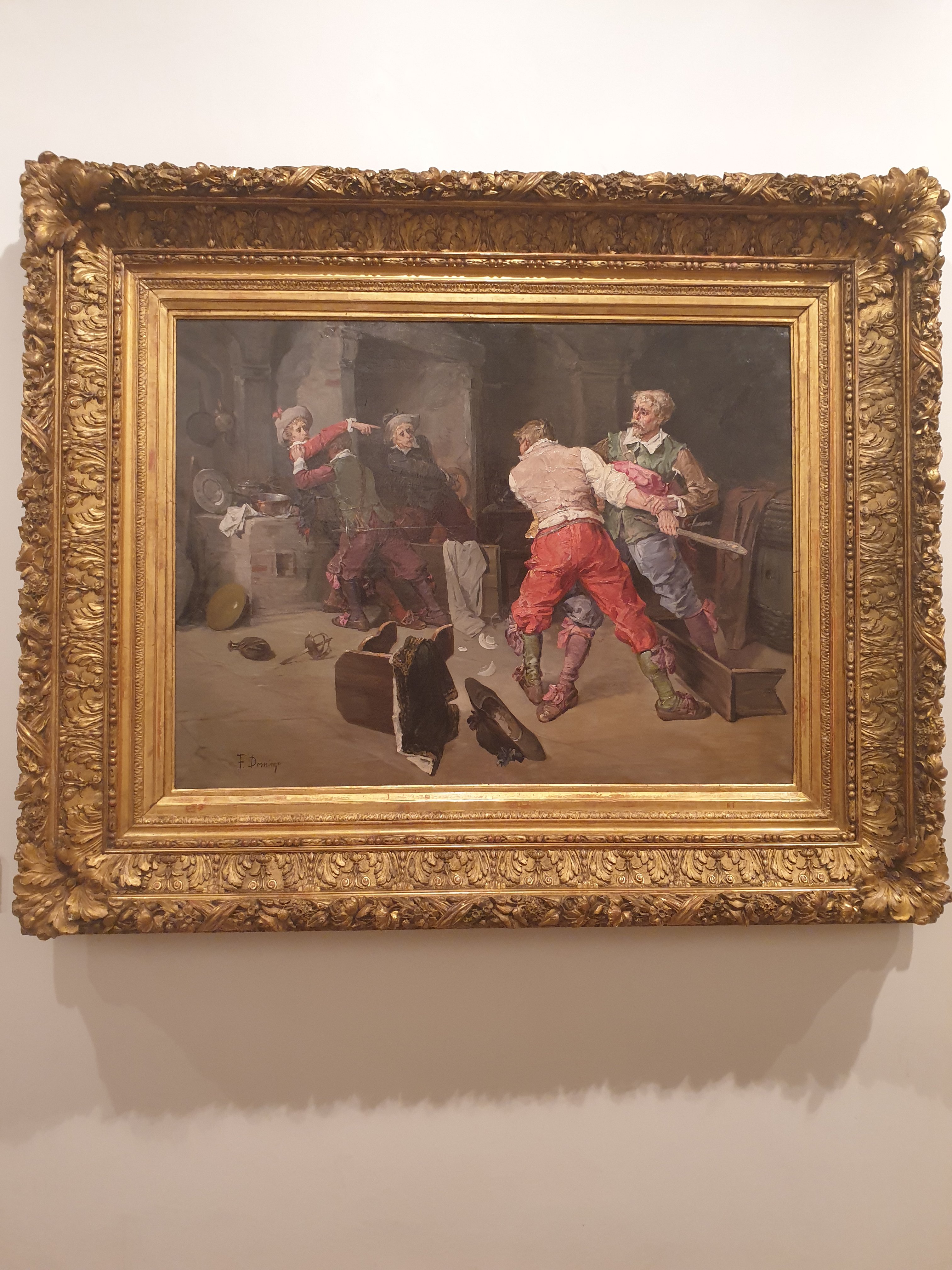 After an afternoon of sherry drinking and art viewing, it was definitely time for a quick bite to eat. We headed back into town and stumbled across Taberna Jerez. Set on the corner of the square, we decided to sit outside and enjoy the glorious weather in Jerez…(36 degrees to be exact). 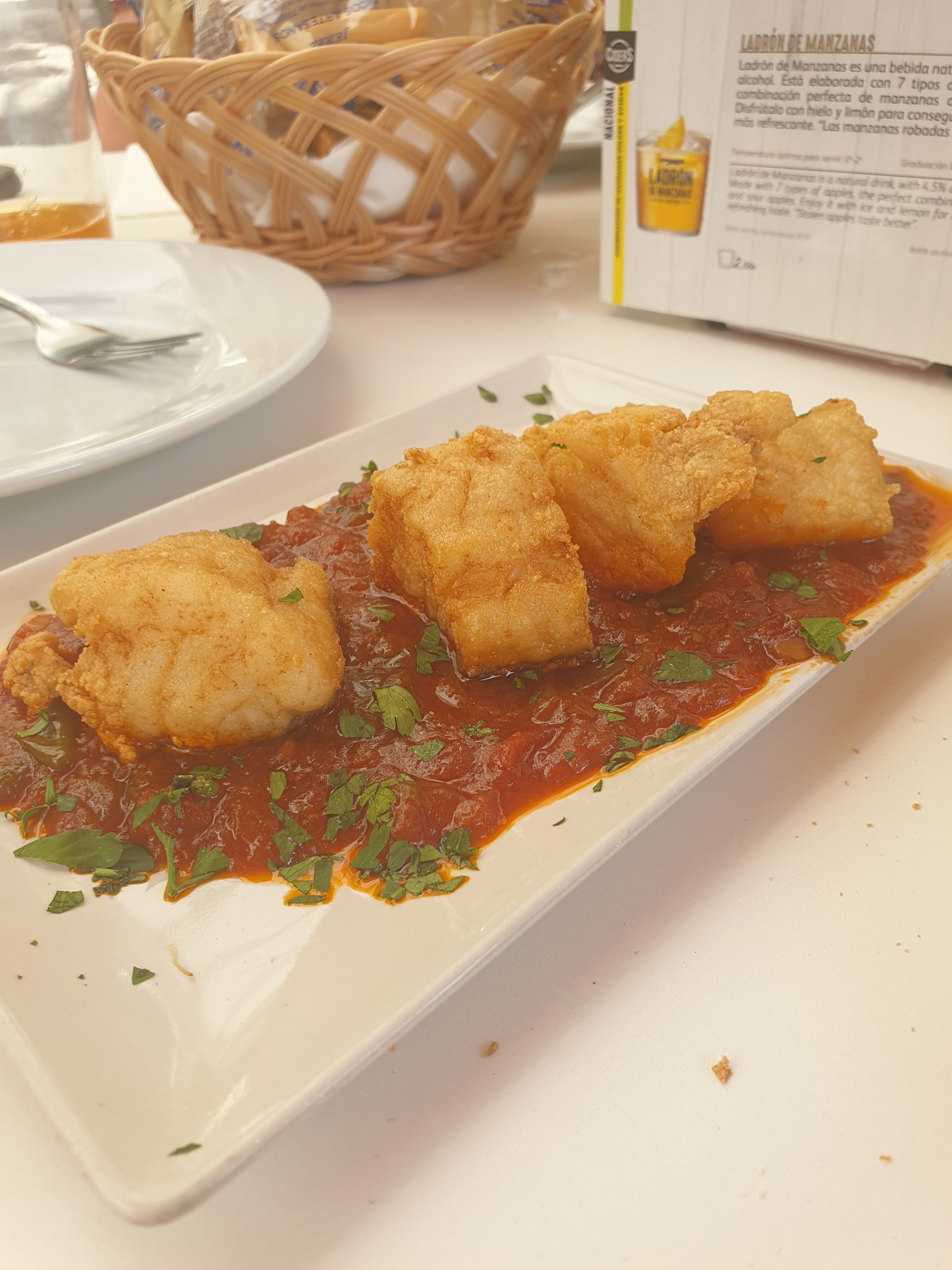 We tried a few dishes, from house croquettas to steak to potatoes with aioli. But, the standout for me had to be the “bacalao de la abuela” (grandma’s salt cod). Bacalao is a must-order of mine whenever I’m in Southern Spain. If you happen to find yourself in Southern Spain then you have to try it! 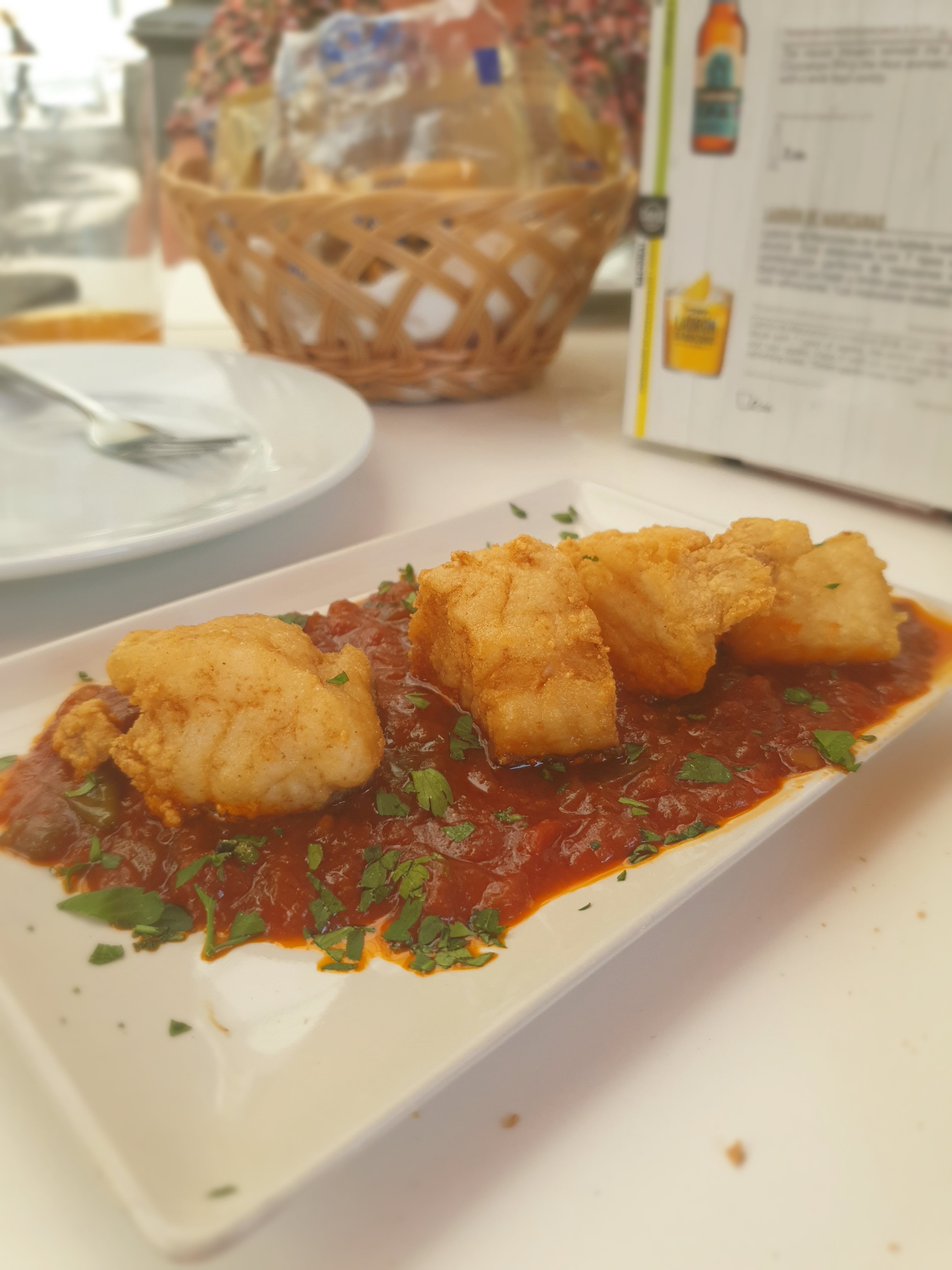 So there you have it…a bit of a crash course in sherry. Have you ever been to Jerez before? Is sherry something that’s fairly new to you or are you a seasoned drinker? Let me know!

Read next: Upcycled Jewellery: Why You Should Wear it.