With the current circumstances meaning we’re all having to stay at home, a lot of us have been discovering new ways to spend our time, myself included. Over the last few weeks I’ve picked up a few new at-home hobbies, so I was thinking it might be fun to share them with you. Maybe there’ll even be a couple of new ideas for some of you to try for yourselves. Here’s how I’ve been spending my time.

This is something that it seems so many of us have been turning to during lockdown, myself included. We’ve had some really uncharacteristically lovely weather here in the UK over the last few weeks (and a few very on brand dreadful days too) so I’ve been parking myself up in the garden to read a few chapters whenever I can.

I’d describe myself as a bit of a ‘holiday reader’ to be honest, because I really don’t read a lot other than when I’m on holiday. I’ll go months without reading and then bash out 3 books a week on holiday. But being at home over the last couple of months has made me reach for a good book more often. My most recent read was Normal People by Sally Rooney which I ordered a few weeks back. I knew the series was coming to BBC3 and wanted to read it before I saw the series. What a read!

Running has been my go-to form of exercise for around a year or so now. Throughout university I played lacrosse as part of a society and so for three years it was my main way to workout. However, after graduating last year I haven’t kept it up (other than a chuck around in the garden) and instead opted for running. Since then I’ve been running a few times a week every week and have been gradually working my distance up.

I’m someone who hates at home workouts. The whole following along with a Youtube video thing is just something that I’ve never enjoyed which is why I love running so much. But I’m sure we can all agree that after a while, doing just one type of exercise gets a little boring. Which brings me to my latest form of exercise, skipping.

As well as my usual runs I’ve been exercising outside using my skipping rope. I bought it a couple of years back as a bit of fun but I hadn’t used it in such a long time. Since we’ve had such amazing weather here I’ve been trying to make the most of it by heading into the garden whenever I can. So I’ve been spending my time outside skipping.  Honestly it’s such a great workout and it’s also a lot of fun. I love that skipping involves a lot of coordination because it reminds me of my time as a dancer when I was younger. It actually almost feels like a dance when you start trying out new moves and tricks. If you’re looking for a new way to keep fit and have fun whilst you’re doing it then I’d definitely recommend ordering yourself a skipping rope.

Considering the fact that a) I’ve run my own blog for 3 years and b) I have a Fine Art degree, you’d think I’d be somewhat skilled when it comes to using Photoshop. But I’m almost embarrassed to admit that until very recently I’ve barely ever even used it. Last month I finally signed myself up to the full Adobe Creative Suite (there was a banging discount so I HAD to) and decided to work my way through each program. Starting with Photoshop.

So I’ve been spending time everyday getting to grips with the software. For now I’m focusing on simple designs while I’m getting used to it. But, considering I don’t have much experience using Photoshop, I’m actually really into the few pieces that I’ve made so far. Plus it’s a lot of fun for me to get back into art!

You’ll know already that I’m always listening to music, but recently I’ve been listening specifically to Bossa Nova music. Ever since I shared my 3 playlist picks from Spotify, I haven’t been able to stop jamming to the Bossa Nova playlist. Other than to work on this month’s playlist for The Legend Slot of course!

I’ve been listening to the playlist so much that I’ve even picked out tons of favourite songs. My favourite three are Bim Bom by João Gilberto, Agua de Beber by Astrud Gilberto and Antônio Carlos Jobim and Carta Ao Tom 74 by Vinícius de Moraes. The whole playlist is perfect listening for a sunny day, especially if you’re sipping on a cocktail too! But if the weather isn’t looking so glorious outside then it also makes for the perfect cooking playlist.

Working On My Italian

Learning languages is another hobby that a lot of us have picked up during lockdown which is amazing! I always loved languages during school and I actually even studied Spanish at A level. Over the years I’ve managed to keep up with my Spanish to a conversational level, which is super useful as I love travelling to Spain on holiday. But I made the decision to try and pick up another foreign language throughout 2020.  I’m one of those people who hates travelling to a country and not knowing the language. Even if it’s just a few key sentences to help me get by. I think that’s probably why I feel so comfortable travelling around Spain.

One destination that I’ve been wanting to travel to for a while now is Italy. But I don’t want to travel until I know at least a little bit of Italian. Given my knowledge of Spanish, I thought that learning Italian wouldn’t be too difficult as there are quite a few overlaps in the two languages. So earlier this year I set myself up on Duolingo to learn the basics. 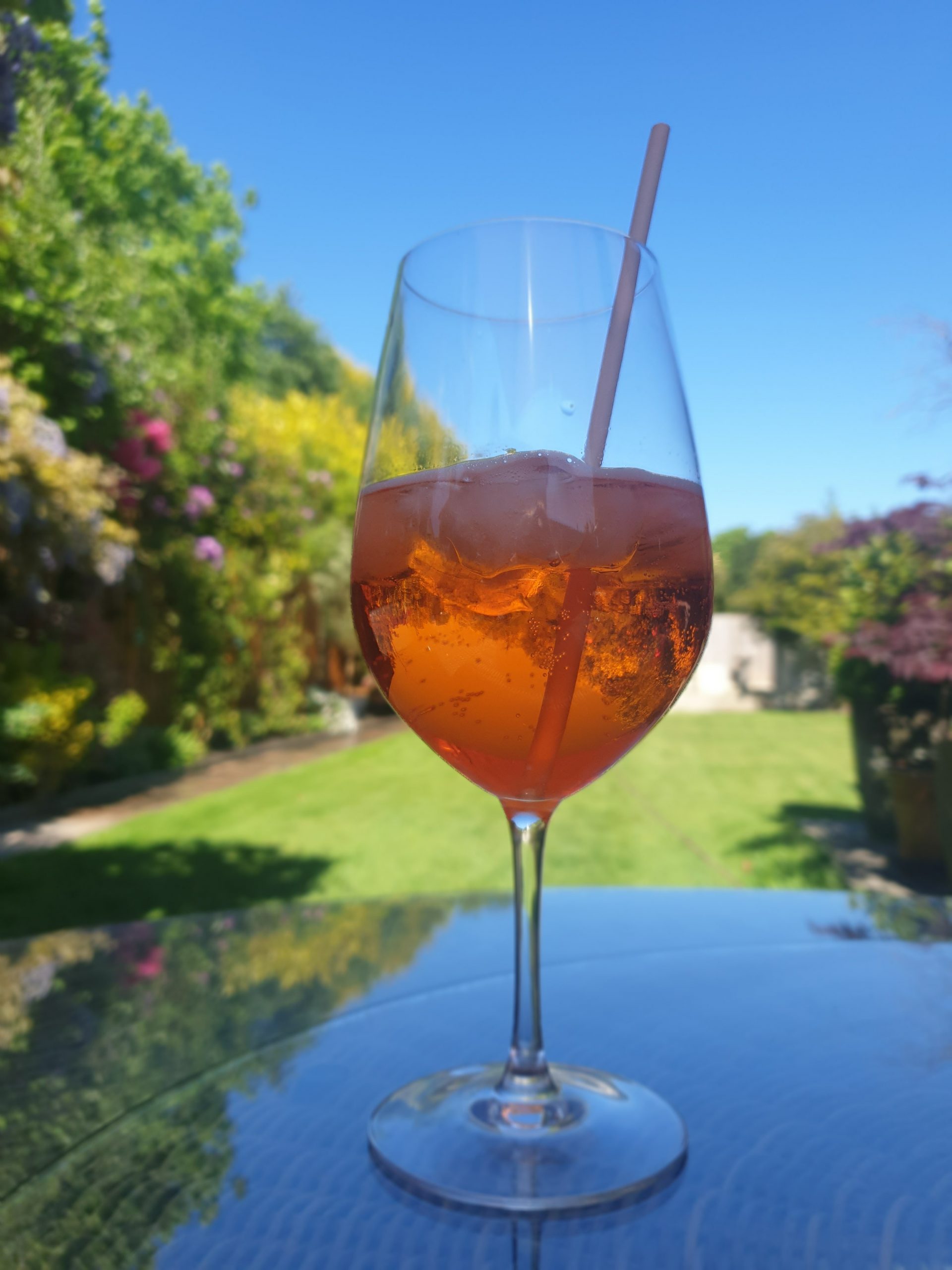 I have to admit I’ve been learning Italian very casually since January. I’ve only picked up a little bit of the language so far. But during lockdown I’ve been dedicating a bit of extra time to learning. Hopefully soon I’ll be able to put together some more advanced sentences and maybe even understand a few words in Italian TV shows and films! And until I get to take a trip over there I guess I’ll have to settle for homemade pizzas and Aperol Spritz’s at home for now (ain’t so bad eh?).

Have you picked up any new hobbies during lockdown? How have you been spending you time at home? Let me know in the comments!

*Photography by The Creative Exchange and Samantha Gades via Unsplash (skipping rope and featured image).