After the absolute marathon that was listening to almost 500 Prince tracks for the seventh playlist in The Legend Slot, I felt like I needed to keep it simple with this next artist. So, for the eighth playlist in The Legend Slot I’ve chosen the fun, light and upbeat ABBA as my featured band. I listened to all of their albums in ONE month and picked out 40 of, what I thought were, the best ABBA songs. The Legend Slot is an ongoing music series that I run here on Female Original. Each post focuses on a specific legendary musician or band. I listen to all of their studio albums and put together a playlist of what I thought were their best songs. To read the other posts in the series, click here.

Formed in Stockholm, Sweden in 1972 ABBA is a pop supergroup made up of Agnetha Fältskog, Björn Ulvaeus, Benny Andersson, and Anni-Frid Lyngstad. Their group name is an acronym of the first letters of each of their first names, A-B-B-A. They’re most well know for their success in winning the Eurovision Song Contest in 1974, which gave Sweden its first ever win in the competition, and are the most successful group to have ever taken part in the competition.

During their main years as a group, ABBA was actually made up of two married couples; Fältskog and Ulvaeus, and Lyngstad and Andersson. However, as their success skyrocketed their relationships suffered and both couples ended in divorce. Despite the collapse of their relationships, ABBA continued to make new music as a group. But, of course, their personal lives were reflected in their music which led to them producing darker tracks.

In 1982 ABBA disbanded, with each member going on to pursue separate careers. Andersson and Ulvaeus achieved success writing music for the stage, while Lyngstad and Fältskog went on to pursue solo careers. They group reunited back in 2016 at Mamma Mia! The Party and are currently working on new music that is set to release this year (although this may be delayed due to COVID-19).

Throughout their career so far ABBA have estimated over 200 million records sold, have been inducted into the Rock and Roll Hall of Fame and have seen their hit Dancing Queen inducted into the Recording Academy’s Grammy Hall of Fame. Also of course their music has been adapted into a stage musical which toured worldwide and the smash hit film of 2008, Mamma Mia! (and 2018 sequel Mamma Mia! Here We Go Again).

You have successfully joined! Good drinks, tunes and vibes will be coming your way very soon.

Fancy learning a bit more about ABBA? You can check out their full Wiki page here.

Similarly to Led Zeppelin I decided to listen to each of ABBAs albums a couple of times. Since there were only eight studio albums I thought I’d give them a few listens through. I mean, I had the time after all. Getting the chance to listen to albums over and over when to comes to this series is something that I love doing. I think it gives me a chance to properly digest each track and album and put together a more in-depth review of the whole discography. Plus, ABBA were a lot of fun to listen to so I thought may as well extend the fun by listening a few times!

A Few Of My Favourites…

Going into this month I already had LOADS of favourites when it came to ABBA. My ultimate favourites have to be ‘Thank You For The Music’ from The Album (1977) and ‘The Winner Takes It All’ from Super Trouper (1980). I love the piano in both of them and how both show a more relaxed and less ‘poppy’ version of ABBA. They have great upbeat pop tunes too, of course, but I really do love a more toned down ABBA. 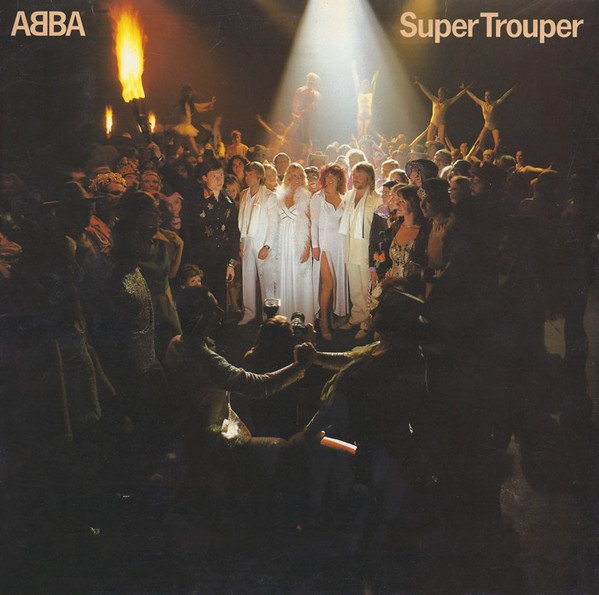 Speaking of upbeat pop tunes, another favourite is ‘Gimme! Gimme! Gimme! (A Man After Midnight)’ from Voulez-Vous (1979). I can’t remember the first time I heard the song but what I do remember is being around 7 or 8 and hearing Madonna’s ‘Hung Up’ which of course samples ‘Gimme! Gimme! Gimme! (A Man After Midnight)’. I was obsessed with ‘Hung Up’ as a kid and it’s so funny to look back now and think that at that time I thought it was a completely new Madonna song. Both are absolute tunes but I’m team OG now, sorry Madonna.

In case you wanted to give Madonna’s track a listen…

Given that I’ve seen both of the Mamma Mia! films, there were loads of ABBA songs that I already knew. That being said, I did also pick up a few new favourites along the way. The first of them was ‘Love Isn’t Easy (But It Sure Is Hard Enough)’ from their first album Ring Ring (1973). I loved the little pauses and drum beats in the chorus after the lyrics ‘some of the time it gets rough’ and ‘but a few things can be tough’.

Next up is ‘Dance (While The Music Still Goes On)’ from Waterloo (1974) which, to be honest, I’m absolutely baffled wasn’t on either of the Mamma Mia! film soundtracks. It would’ve fit in so well with either of the films. The same goes for ‘If It Wasn’t For The Nights’ from Voulez-Vous (1979). Both were film-soundtrack-worthy tracks in my opinion!

Also I was low-key really into rock ABBA when it came to ‘Watch Out’, again from Waterloo (1974). The intro just absolutely slapped and instantly had me hooked. Give it a listen and let me know what you think.

So there you have it… the Swedish sensation that is ABBA. Are you familiar with ABBAs music? What’re some of your favourite songs of theirs?  Let me know in the comments. Also, make sure to sign up to my newsletter for exclusive monthly music and drinks content.